Prohibition (1920-1933)  didn’t eliminate drinking. Far from it. The Anti-Saloon ranked San Francisco second only to New York as the wettest city in the country.

The New York Times commissioned surveys in Los Angeles County. It reported that Prohibition had not reduced the quantity but only the quality of alcohol consumed. And arrests for drunkenness climbed steadily during Prohibition.

The State Prohibition Commissioner reported that hair tonics and other products containing alcohol accounted for one-half of the drunkenness in the state. Even worse, bootleg alcohol frequently contained creosote, lead, and even embalming fluid. Some consumers were paralyzed, blinded and even killed by it.

The number of alcohol deaths jumped from 69 to 418 in just five years during Prohibition. 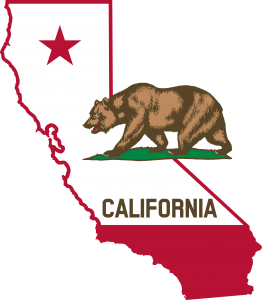 California had supported Prohibition. But a state senator declared California a “bootlegger’s paradise.” Speakeasies mushroomed in every city and town. Their operation required that law enforcement officials be bribed. Some departments were completely corrupted by the lure of easy money.

The federal director of Prohibition enforcement for northern California resigned after he was indicted for embezzling alcohol. When not corrupt, enforcement agents were generally ignorant of Constitutional protections limiting search and seizures, complained a U.S. attorney. Police in Los Angeles and elsewhere entered homes without search warrants. Property was frequently destroyed and innocent citizens assaulted by the very people who were paid to protect them.

Prohibition made formerly legal activities illegal and made ordinary citizens into criminals. Consequently, respect for law and societal institutions declined, often openly. In 1928, a Los Angeles jury drank the evidence against a bootlegger on trial. They said they had go be certain that it contained alcohol. The bootlegger had to be released for lack of evidence.

Prohibition deprived the state of alcohol tax revenues at the very time crime was mounting and enforcement expenses were increasing.

Earlier, California supported Prohibition. But the Noble Experiment had created a Frankenstein. Californians voted over three-to-one for Repeal.