Dr. Engs, you believe that the drinking age should be lowered in the U.S. Would you please tell us about your idea?

I’d be glad to. I propose that we lower the drinking age to 18 or 19. We should permit these young adults of legal age to consume in socially controlled environment. That would include places such as restaurants and official school and university functions.

I also propose that parents be able to serve alcohol their children of any age at home.

How would this be more effective than the 21 age laws?

The legal purchase age is 21. Yet a majority of young people under this age consume alcohol. Too many of them do so in an irresponsible way. Youth see drinking as an enticing “forbidden fruit.” It’s a “badge of rebellion against authority,” and a symbol of adulthood.

Our nation has twice tried prohibition. First it was at the state level beginning in the 1850’s. Then it was at the national level beginning in 1920. These efforts to prevent drinking were unenforceable. Worse, they created serious social problems. National Prohibition promoted disrespect for law, the growth of organized crime, and the development of immoderate drinking patterns.

The flaunting of the current age-specific prohibition is readily apparent among young people. They have tended to drink in a more abuse manner than those of legal age. That’s since the increase in the minimum legal drinking age. This, of course, is exactly what happened in the general public during national Prohibition.

So raising the legal drinking age has made things worse?

Yes. Like National Prohibition , it has been counter-productive. Raising the drinking age was much worse than doing nothing.

But hasn’t drinking been going down among young people?

Yes, the proportion of the U.S. population who drink has been going down since about 1980. That includes young people. That decline began long before the states were forced to raise the drinking age in. And of course the law has no impact on those age 21 or older.

Fewer young people are drinking and their average consumption levels have been dropping. (That’s also true of the general population.) Yet more young people tend to drink abusively when they do consume. This change occurred after the increase in the drinking age.

So, it’s a little like what happened during National Prohibition?

Exactly. Prohibition tended to destroy moderation and instead promoted great excess and abusive drinking. People tended to gulp alcohol in large quantities on when they could obtain it. 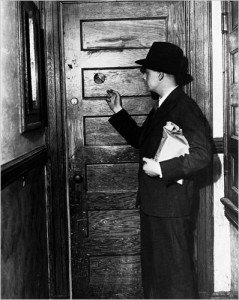 The notorious speakeasies didn’t exist before prohibition, when people could drink legally and leisurely. What we currently have is age-specific prohibition. So young people are forced to create their own “speakeasies” in dorm rooms and other secret locations. There, they must also gulp their alcohol in the fear of detection and punishment. They’re forced to drink in the absence of moderating social control.

You’re saying that simply lowering the drinking age would solve the problem of drinking abuse among young people?

Unfortunately, it wouldn’t solve the problem. However, it would be an important step in the right direction.

The experience of many societies and groups is positive regarding alcohol. Drinking problems are fewer when parents teach their children to drink in moderation. As parents we need to be good role models in what we say and do.is that

We need to reinforce the norm of moderation. We can dothis by making it clear that the abuse of alcohol is completely unacceptable by anyone. This would help stress that it is not drinking but rather abusive drinking that is the problem.

These ideas may sound great, but would they really work?

These proposals are not speculative. They’re based on the proven example of many groups around the world. They have long used alcohol extensively with very few problems.

On the other hand, our current prohibition directed against the consumption of alcohol by young adults is clearly not working. We need to abandon this failed and demeaning folly. We need to replace it with a proven, realistic, and successful approach to reducing drinking problems.

I can understand your logic for why the drinking age should be lowered. Thank you, Dr. Engs, for sharing your expertise. 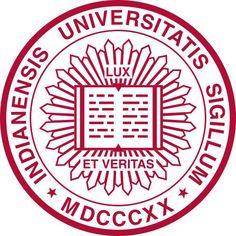 Dr. Ruth Engs is the author of seven books, dozens of chapters and articles, and scores of scientific papers on alcohol. She has long argued that the minimum legal drinking age should be lowered. Dr. Engs is an internationally-recognized authority on drinking patterns and problems young people. Diverse groups and organizations seek her opinions.

Resources: The Drinking Age Should be Lowered