Unfortunately, many people don’t know the benefits of moderate drinking on cholesterol levels. Or they think the benefits apply only to red wine. However, they also apply to white wine, beer, and distilled spirits. Spirits include whiskey, rum, tequila, brandy, gin, etc.

HDL is “good cholesterol.” It removes cholesterol from cells that have accumulated too much. It then takes it to the liver for disposal.

LDL is “bad cholesterol.” It moves cholesterol from the liver or small intestine to newly formed or growing cells. This is a necessary function. But too much cholesterol in the blood can build up and stick to the walls of the arteries. 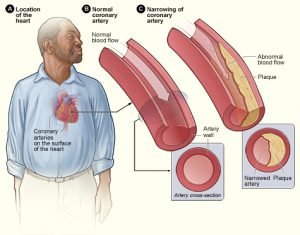 This buildup is plaque. It can cause narrowing and hardening of the arteries. Plaque buildup can break away and cause heart attacks and strokes.

Other improvements to the diet include eating foods low in saturated fat, cholesterol, and trans fat. Then replacing them with those high in monounsaturated and polyunsaturated fats. Margarine enriched with plant sterols is also a cholesterol-lowering food.

If improved diet and exercise fail to reduce cholesterol to acceptable levels, it’s wise to consult a doctor.

III. Research on Alcohol and Cholesterol

Researchers made a study using three independent general Japanese populations. The total number of male subjects was 2,289. The number of females was 1,940. Thus, the total number was 4,229. Their mean age was 63.3.

Alcohol consumption was positively linked with HDL but negatively with LDL level.

Postmenopausal women were in an eight-week controlled diet experiment. The control group drank no alcohol. One group consumed one drink per day. The third group had two drinks daily. The energy provided by the three diets was the same. After the diet, the researchers tested the HDL and LDL levels. Then they compared the latter groups to those of the control group.

Other researchers found better HDL levels among nonsmoking men and women who had at least seven drinks weekly. Then the researchers compared them to nonsmoking abstainers.

Drinking in moderation has a positive affect while smoking appears to have a negative affect on HDL levels.3

IV. Resources on Alcohol and Cholesterol

References for Alcohol and Cholesterol