Alcohol and heart failure is a concern to many people. Is there a link between the two? If so, what is it? Is it true that red wine reduces risk the odds of getting the disease? Should I stop drinking to prevent heart failure? 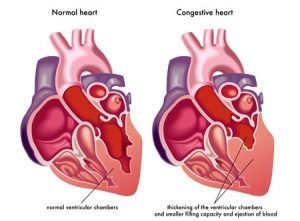 A large study confirmed the typical U-shaped link between drinking and heart failure. That is, moderate drinking is associated with lower heart failure, That’s in comparison with either abstaining from alcohol or drinking it heavily.

The study was led by Dr. Scott Solomon of Harvard. His team analyzed data from 14,629 people aged 45 to 64. Researchers had them interviewed about their drinking over a two-year period. The researchers collected the same data at each of three more visits at three-year intervals. Thus, they followed the subjects for 24-25 years.

This website is informational only. It makes no suggestions about  any matter. This includes the subject of drinking alcohol. Always discuss any health questions with your doctor.