The risk of ovarian cancer is not linked to drinking alcohol even at high levels of consumption.

Ovarian cancer is a very serious disease. It is the fifth most common cause of cancer death in women in the U.S. But if detected early, the five-year survival rate is about 93%.

The most common symptoms of ovarian cancer are

Other possible signs are 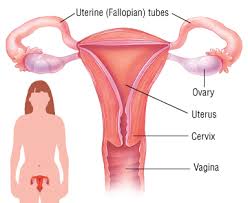 These can also be symptoms of many other diseases. That’s why it’s important to check with a doctor. Don’t try to diagnose yourself. Early detection of ovary cancer is very important for recovery.

This study examined evidence about the possible effect of drinking on risk of ovarian cancer.

Researchers included data from 13 studies in the analysis. Information came from 1,996,841 individuals. They were studied over varying lengths of time. It ranged from several years to decades. A total 5,857 cases of ovarian cancer occurred during the observational periods.

The researchers found that ‘alcohol consumption had little to no effect on ovarian cancer incidence when compared to non-drinkers.’ This included low, moderate and high consumption levels.

This is consistent with other research. Leading cancer groups around the world conclude drinking is not associated with ovarian cancer. They include

Martin, U. One Woman Walks Wales. Dinas Powrys, Wales: Honno, 2018. (The story of an ovarian cancer patient’s walk across Wales to publicize the need for early detection of the disease.)