Does price influence decisions about drinking alcohol or using marijuana? That is, do differing prices or availability of alcohol influence the use of marijuana and other drugs? 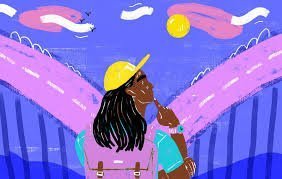 Economists note that some products can, at least to some degree, be used to replace one another. In such cases, as the price of one goes up, its use drops. At the same time, use of the other less expensive product increases. Similarly, if one becomes less available, its consumption decreases. And use of the more available product increases. In short, one becomes a substitute for the other.

Two economists at compared the self-reported use of drugs just before and just after the twenty-first birthday. They found that marijuana use dropped by about 10% when people reached the legal age for drinking alcohol.

The authors suggest one of the unintended consequences of the age 21 minimum legal drinking age. Specifically,  that it pushes young people into drug use.

Marijuana may also be preferred because it is less likely to be detected than alcohol. An example is that of drug counselor and recovering addict, Allison Whitney of Atlanta. She says that she got into several crashes as a teenager because of smoking pot while driving. Although police would pull her over for erratic driving, they would always let her go. That’s because she passed breathalyzer tests.

Ms. Whitney says marijuana is especially attractive to teenagers for several reasons. First, it’s easier to hide than alcohol. Second, a person can get high faster than they can get intoxicated. Third, parents don’t detect marijuana. Fourth, nation-wide research has found it easier for young people to buy marijuana than beer. That’s because of increased enforcement of laws against the sale of alcohol to those under 21..

Restricting availability of alcohol to those under the age of 21 may have made marijuana a more attractive option. So we could expect that reducing alcohol availability even more would increase marijuana use.

One alternative is to promote harm reduction to reduce the effects of alcohol abuse among people of any age.