What is the role of drinking alcohol sex and violence? Does alcohol disinhibit? Is intoxication ever a valid excuse for rape or violence?

Sexual arousal, aggression, domestic and other violence, and rape are often blamed on the influence of alcohol and intoxication.

Surprisingly, what people THINK my be more important than what they DRINK.

Thus, much behavior associated with alcohol may be more a result of our beliefs than of the alcohol.

Studies have failed to find that alcohol causes sexual behavior or aggression. In some societies alcohol has the effect of making people less aggressive and violent.

It is our culture and our beliefs that connect alcohol, sex and violence. Many experts suggest that people use this belief to justify their behaviors and avoid personal responsibility. The more people accepting alcohol abuse as an excuse, the more will use it as an excuse. But intoxication is never an excuse for unacceptable behavior. 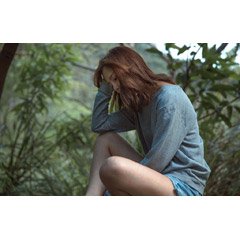 The crime of rape occurs whenever a person forces another to do something sexual against that person’s will. It’s that simple. Remember that:

A large proportion of all rapes are date (or acquaintance) rapes. Reduce your chances of being a victim:

Intoxication is never an excuse for otherwise unacceptable behavior.