Researchers studied alcohol drinking and prostate cancer risk. To do so, they used data from 11,372 male participants in the Finnish Twin Cohort. The Cohort was first formed in 1974. It consisted of twins who were at least 16 years old. They included both monozygotic and dizygotic twin pairs. That is, both identical and non-identical twins. All were selected from the Finnish Central Population Register.

The twins were followed for prostate cancer from 1981 to 2012. During that time, 601 individuals developed the disease. Of those, 110 died from it.

Researchers related reported abstention, average alcohol consumption and binge drinking to the risk of prostate cancer. They also related it to death from the disease.

Those who abstained from alcohol, drank heavily, or binged had higher risk than moderate drinkers. 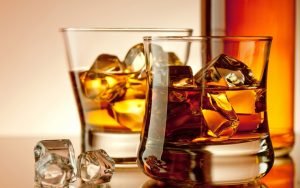 The researchers also evaluated the risks of prostate cancer among alcohol-discordant twins. That is, among twin pairs in which the siblings did not share the same drinking pattern. Among this sub-group, the lowest risk lowest risk was among moderate drinkers who did not binge.   Abstainers had a higher risk than moderate drinkers.

The results suggest a U or J-shaped relationship between drinking and prostate cancer risk.

Twin studies are very useful in medical research. For simplicity, let’s focus on identical twins. They share identical genetic makeup, were formed in the same womb, share the same birthday, etc. Also, they have the same parents, generally live in the same house, have the same socio-economic status, etc. Of course, they don’t have identical environments, especially as adults.


Prostate cancer is by far the most common cancer in men. And it’s the second leading cause of death due to cancer.

But having participants with the same genetics and very similar environments provides strong medical evidence. It’s very useful in determining what causes a disease.

Assume we have 100 pairs of male twins. In each pair, one brother abstains and the other drinks in moderation. Also assume that in 80 of the pairs, the brother who abstains developed prostate cancer. This would be strong evidence that drinking in moderation reduces risk of the disease.

We can be more confident because we have largely ruled out alternative explanations for the risk. It clearly is not genetic. It’s probably not environmental. And it’s probably not because of differences in socio-economic status.

This well-conducted study adds to the increasing evidence that drinking in moderation reduces the risk of prostate cancer.