What are the long-term effects of alcohol drinking and women’s health? This is a very important question.

Drinking Alcohol During Pregnancy: What to Believe?

Researchers from Harvard and Beth Israel Deaconess Medical Center investigated this very important question. To do so, they reviewed published findings from the Nurses’ Health Study and Nurses’ Health Study II. Significantly, these are among the largest sources of data in the world on major diseases in women.

Researchers have analyzed the importance of these things as risk factors for various diseases and conditions. Both studies also have detailed information on alcohol drinking patterns.

The great advantage these two studies is that they collect information about the same individuals for decades. Moreover, it’s from hundreds of thousands of women. In addition, the information is very detailed. Thus, it’s possible to take into consideration smoking, obesity and other possible risk factors. 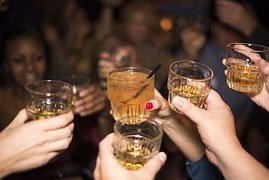 The review of the research revealed a clear pattern. Specifically, moderate drinking by women is associated with a significantly lower risk of major health problems. These include hypertension (high blood pressure), heart attack, stroke, sudden cardiac death, gallstones and cognitive decline. That’s compared to either abstainers or heavy drinkers.  However, compared to abstainers there’s an increase in breast cancer. (About 3% of women die of breast cancer.)

Most important, moderate drinking leads to lower mortality from any cause (all-cause mortality). Women who drink in moderation live longer.

The benefits of moderate drinking increase if women drink at least four days per week.

Resources on Drinking and Women’s Health