Two 16 year old teens in Tennessee died after drinking racing fuel. They had mixed it with an effervescent soft drink. Both were male. The first was found dead at home 11 hours later. The second had seizure-like symptoms. Consequently, he was rushed to an emergency department. Although he received aggressive treatment, he died five days later. 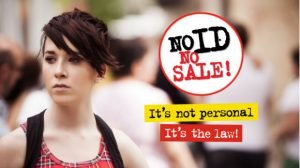 The teens could not purchase any alcoholic beverages themselves. But they may have known that racing fuel is virtually pure alcohol. However, it’s highly toxic methanol. Beverage alcohol is ethanol. They sound similar. Consequently, it’s very  easy to confuse them.

Some people during Prohibition falsely thought that they could make the methanol in antifreeze safe by filtering it through a loaf of bread. So many were seriously injured or killed as a result of doing so.

Methanol is a powerful organic solvent. It’s widely used in industrial, laboratory, automotive, and residential products. Methanol metabolizes to formaldehyde. Then it becomes formic acid. This accumulates in the optic nerve and optic disc. That’s why blindness is common among survivors. Methanol is highly toxic. As little as one tablespoon (one-half ounce or 15 ml) of methanol can be fatal.

All young people need to know that drinking racing fuel can easily kill them. The same is true of any other product containing methanol.

During National Prohibition, many people died from drinking after shave lotion, hair tonic, and other products containing methanol. Even today, skid-row alcoholics sometimes do so because of restrictive alcohol laws or lack of money. Perhaps they can’t purchase alcohol before noon on Sunday. It’s much easier to get alcohol by shoplift such products than by shoplifting alcoholic beverages.

Note. Most states permit parents to serve their children alcohol in their home. Many also permit those under 21 to consume alcohol for religious, medical, or other specified reasons. Tennessee alcohol laws make no such exceptions.