Thus, Moderate alcohol drinking reduces arthritis risk, including these forms of the disease. 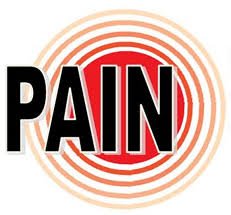 Arthritis means joint inflammation. However, it’s used for over 100 conditions, They effect joints, tissues around them, and connective tissue

Arthritis is a chronic disease characterized primarily by inflammation. It can lead to long-term joint damage, chronic pain, loss of function and disability.

One in five people in the US has been diagnosed with it. Possibly a billion people worldwide suffer from arthritis. The cause or causes of the disease are unknown. Therefore, it’s important to consider factors that increase risk of developing it.

A study of 34,141 women found that the moderate alcohol drinking reduces RA risk.

Women in the study reported their drinking once and then again ten years later. They were then followed up 12 years later. Those who earlier reported moderate drinking had a 52% reduced risk of RA. That was in comparison to those who never consumed any alcohol.

Drinking any form of alcoholic beverage  was associated with a reduced risk of RA. That is, beer, wine, and spirits or liquor.

The authors suggest that a decrease in pro-inflammatory cytokines is probably why alcohol lowers the risk of RA.1

Consuming three drinks of alcohol per week appears to be protective against rheumatoid arthritis. In addition, ten drinks a week appears to provide even more protection against the disease.

The research team at the Karolinska Instituet in Stockholm, Sweden, conduced a population-based case-control study. They looked at cases of rheumatoid arthritis among persons aged 18-70 years. There were 1,204 cases and 871 randomly-selected controls. All completed an extensive questionnaire regarding lifestyle factors, including alcohol consumption and smoking behaviors. Analysis included making adjustments for possible confounders.less severe

A medical study involved 873 patients with RA and 1,004 healthy controls. It found that as alcohol consumption went up, the risk and severity of RA went down. After adjustment for potential confounding factors, frequency of alcohol consumption remained protective. 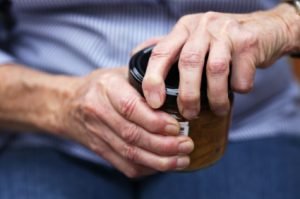 Researchers found that who had drunk alcohol most frequently had less severe symptoms. That was in comparison to those who had never drunk alcohol or only drunk it infrequently.

Non-drinkers were four times more likely to develop RA than people who drank alcohol on more than ten days a month. Also, the risk of developing RA decreased according to the frequency of alcohol consumption.

This finding agrees with the results from previous studies. They have also shown decreased risk of  developing RA among alcohol drinkers said lead author Dr. James Maxwell. It’s also consistent with much research on animals.4

Piccaver, M. Everything Your GP Doesn’t Have Time to Tell You about Arthritis. Help for Aches and Pains. London: Sheldon, 2017.

This website is informational only. Thus, it doesn’t make any suggestions about the finding that moderate drinking reduces arthritis risk.