Klonopin (clonazepam), a prescription drug, has become an alternative to drinking alcohol by many young people, according to police. That is, Klonopin is a drug substituted for alcohol by underage people. 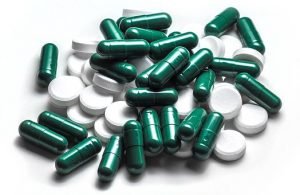 With increasing crackdowns on the availability of alcoholic beverages to youth, they increasingly turn to alternatives. Although readily available, Klonopin can be very dangerous, especially when taken with certain other substances.

“The schools have been very effective in tackling the use of alcohol at school functions.” That says the police chief of Arlington, Virginia. To counter that effectiveness, young people are turning  to drugs like Klonopin, which is difficult to detect.

“Safer” than Pot or Alcohol

Marijuana can affect behavior much longer than alcohol. And it may be much more dangerous for driving and other activities. However, it is much safer in that people are very rarely arrested for driving while drugged.

Drug counselor Allison Whitney says that she got into several crashes as a teenager because of smoking pot while driving. Although she would get pulled over for erratic driving, police would always let her go because she passed breath tests.

Ms. Whitney says marijuana is especially attractive to teenagers. It’s easier to hide than alcohol and a person can get high faster than they can get intoxicated. Another advantage is that most parents don’t detect pot.

In addition, nation-wide research shows it’s easier for young people to buy marijuana than beer. That’s because of increased crackdowns against the sale of alcohol to underage persons.

Klonopin is now on the growing list of alternatives to alcoholic beverages. It includes Ativan, Oxycontin, Valium, Xanax, Librium and Vicodin, among others.