Drunk and drugged driving are often seen as essentially the same. For example, December is National Drunk and Drugged Driving Prevention Month. That makes sense in that they are similar in many ways. But they’re also very different in many important ways. One is that drunk driving continues to drop. But drugged driving is rapidly rising. One reason may be that it’s much easier to be arrested for DUI than for drugged driving.

Both drunk and drugged driving are commonly viewed as impaired driving. Of course, drunk driving usually is impaired driving. However, a substantial proportion of alcoholics show no clinical signs of impairment while legally intoxicated. That is, with a blood alcohol concentration (BAC) of 0.08% or even much higher.

On the other hand, some drivers are impaired with a BAC below 0.08%. That’s why they can be arrested in many states for drunk driving even with a legal BAC. And that’s logical. But the law says that a BAC of 0.08% or higher is per se illegal. That is, that it is in and of itself illegal. It presumes and arbitrarily creates illegality. Therefore, evidence that the driver was not impaired is completely irrelevant.

At the recommendation of the American Medical Association, the illegal BAC was set at 0.15%. Decades later it was lowered to 0.10. It was the reduced to 0.08%. And Utah reduced it in that state to 0.05%.

For law enforcement, it’s “heads I win, tails you lose.” That’s good for traffic safety. But it’s bad for the innocent, unimpaired individual.

Many people find that trade-off acceptable. That may be because people in general highly stigmatize drunk driving.

On the other hand, drugged driving receives little attention. In fact, Monthers Against Drunk Driving (MADD) strongly opposed giving any attention to drugged driving. And it did so for decades

Driving drugged is a lot more complicated. Alcohol is alcohol is alcohol. In fact, the amount of pure alcohol is equivalent in standard drinks of beer, wine, and spirits. It’s six-tents of one ounce. So a breathalyzer can’t tell any difference among them.

But there are dozens of drugs. Some are prescription drugs. Others are illegal. Many can impair driving ability. Some can improve it. A positive drug can often neutralize a negative one. And none can have any effect at low enough amounts.

As with alcohol, drugs can effect different people in different ways. And at different levels.

This drug can improve some driving skills. For example, it can improve concentration, increase alertness, and improve divided attention. It can also increase the energy of tired drivers.

On the other hand, it can cause tunnel vision, poor impulse control, irritability, and paranoia. This can lead to aggressive driving.

Amphetamine improve psychomotor skills of sleep-deprived drivers. However, its effects on thinking abilities are inconsistent.

Marijuana contains a substances called THC. It appears to cause most of the psychoactive effects of cannabis.

Many things influence the specific effects of any given level of THC in the blood. These include the user’s experience and expectations about the effects of marijuana. Also very important is the setting in which it’s used.

The effects of cannabis mostly disappear within three to five hours. However, some of the effects last for as long as 24 hours.

Focusing on the important while disregarding the unimportant is an important skill for safe driving. Long-term users have more trouble doing this. They also process information at a slower speed.

The use of marijuana along with alcohol may cause much greater impairment than either substance alone.

Either of these drugs can reduce visual ability, slow thinking and cause confusion. They can also cause sluggishness, tremors, and poor coordination. 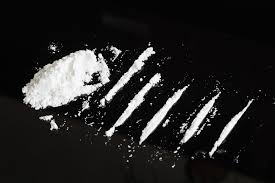 This drug stimulates the central nervous system. It can increase alertness, reduce fatigue, and improve mental focus and clarity. It also improves the performance of some simple tasks, creates euphoria, and creates feelings of well-being and strength.

At higher doses, cocaine might cause confusion, disorientation, aggression, hallucinations, and other problems.

Dextromethorphan is an over-the-counter drug for coughs.

Those who take the recommended dose rarely experience any negative effects. However, slight drowsiness or dizziness is a possibility.

On the other hand, it can cause disorientation and impaired judgment. It may also lead to distorted perception of time and hallucinations. 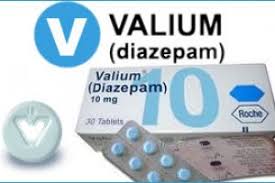 Diazepam depresses the central nervous system. Medical practitioners widely prescribe it. Recreationally it increases the effects of alcohol or opioids.

Recreational users generally take higher doses. These can cause slowed reflexes, disorientation, tremor, blurred vision, and hallucinations. Some of these impairments can last for days.

Diphenhydramine is also a central nervous system depressant. Physicians prescribe it to relieve a number of conditions. A single dose for medical purposes can reduce driving ability for four hours. It reduces driving performance more than alcohol at levels over the legal limit.

Ecstasy is a less powerful stimulant than amphetamine. Nevertheless, it can reduce vision, cause tremors, reduced attention, and lessened ability to divide attention. 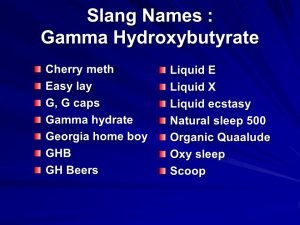 Gamma hydroxybutyrate is a chemical produced naturally within the body. It’s also made in laboratories.

Because of its dangers, it is illegal for recreational use in the U.S. Medically, the  generic name is sodium oxybate withthe  trade name Xyrem. It’s used to treat symptoms of narcolepsy and also to reduce pressure within the skull after head injury.

GHB, GBL, or BD can cause confusion, impaired memory,  visual hallucinations, and aggressive behavior. Combining with alcohol can increase these effects.

This drug is an anesthetic, usually used on animals. Recreationally, it can be injected, snorted, or added to beverages, joints or cigarettes.

LSD has no recognized medical value. Users take it for its effects. These may include hallucinations, increased sensations, distorted sense of time, and impulsive behavior. Users may have strange sensations, shifting emotions, a sense of the mind leaving the body, and a blending of senses. For example, hearing colors or seeing sounds.

Clearly, any of these effects could be disasterous in driving. 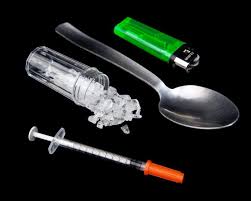 This drug is sometimes used to treat attention deficit hyperactivity disorder and obesity.

The effects of an opioid depends on the dose, the route (mouth, etc.) it’s taken, and tolerance. Both morphine and heroin have similar effects. These include drowsiness, mental confusion, inability to concentrate, distractibility, and slower reaction time.

The effects of heroin can last up to five hours. Those of morphine  can be for up to six hours.

Veterinarians use phencyclidine to tranquilize and to anesthetize animals. Recreational use is for a hallucinogen and psychedelic. Street names include angel dust, hog, lovely, wack, embalming fluid, and rocket fuel.

Users can suffer a  reduced  reaction time for up to 14 hours. 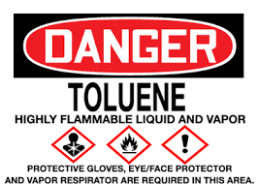 This is a solvent found in paints, glues, and nail polish remover. Printers and tanners also use it in their work. Toluene acts as a nervous system depressant.

These drugs (zolpidem, zaleplon and zopiclone) depress the nervous system. Doctors prescribe them in very low doses on a short-term basis for severe insomnia.

Higher doses of zaleplon and zopiclone can cause impairment of driving-related skills for up to ten hours.

The drugs caffeine and nicotine are legal and widely-used. They generally improve driving skills. They also tend to counter some of the negative effects of some other drugs.

III. Reduce Your Risk of Arrest

Breathalyzers are inaccurate. That’s because they don’t actually measure BAC. They only estimate it indirectly. And many things can cause problems with these estimators.

Therefore, it’s wise to keep your BAC well below the legal limit. This reduces the risks of arrest as well as accidents.

Here are some hints.

Be an inconspicuous driver. Here are some tips.

2. Obey all rules of the road. Don’t go through red lights, stop completely at stop signs, signal for lane changes, etc. Don’t speed, but don’t drive too slowly. Try to drive with the flow of traffic or just a little slower.

Never, ever take a field sobriety test for drunk or drugged driving. No state requires it. And about one-third of completely sober people (0.00% BAC) fail them under ideal conditions. Discover more at Never Take a Field Sobriety Test Say DUI Lawyers.

Carefully follow the directions and warnings on all over-the-counter and prescription drugs. Avoid illegal drugs.

Here are some hints for avoiding arrest, even if you’re innocent.

First, follow tips #1 through #3 above for avoiding DUI arrest. In addition,

4. Avoid driving in areas where drug dealing is common.

6. Avoid driving in areas of adult entertainment such as strip or “gentlemens’ clubs” and prostitution.

It’s a good idea to prepare now in case you get pulled over for either drunk or drugged driving. To do so, visit the “Prepare Now” section at the bottom of Detecting Drugged Driving.

Listing does not imply endorsement.

Nichols, J. and Ross, H. The effectiveness of legal sanctions in dealing with drinking drivers.  NCJ 131534.

Nat Coun Behav Health. What Do We Really Know About Drugged Driving? (webpage)

Other Resources for Drunk and Drugged Driving

Sagstetter, R. Rights During a Police Stop / DUI in the United States. What Officers Can and Cannot Do. Denver: Outskirts, 2012.

Note: This website makes no legal or other suggestions or recommendations. For legal opinion or advice about either drunk or drugged driving, always contact a qualified attorney. Do not rely on this or any other website.