Decades ago, Dean Martin and many others took pride how much they drank. Alcohol abuse and drunk driving were the subjects of jokes, knowing winks, and general acceptance.

People typically thought little of receiving a citation for drunken driving. George W. Bush, Dick Cheney, Ted Kennedy and many other “shakers and movers” of society were guilty of drunk driving. So were millions of others. And during much of that period, the maximum legal blood alcohol concentration (BAC) was higher. In fact, it was about twice as high as it is today. 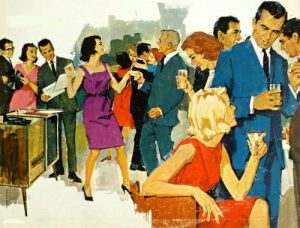 MADD leader Toni Logan points out that “cocktail parties were woven into the fabric of our social lives.” She continues. “Remember cocktail hour…women had entire wardrobes with matching shoes.” And “nobody thought much about getting behind the wheel after a party. There was no such thing as a designated driver.” Because of widespread knowledge today about safety risks “we’ve adjusted attitudes accordingly.”1

Fortunately, drunk driving is now socially unacceptable. Those convicted of DWI/DUI face severe penalties. These include high fines, license revocation, vehicle impoundment, imprisonment, and a number of other sanctions.

Drunken driving is clearly no longer acceptable. And we’re all safer because of that.

Resources for Drunk Driving is Unacceptable