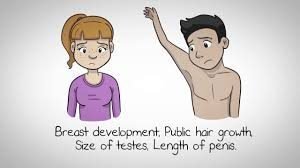 To do so, they studied 1,117 young people. They found that early onset of puberty predicts early consumption of alcohol and intoxication. And it does so among both males and females. It also predicts smoking, drug use, and both sex and unprotected sex at an earlier age. Among boys, early puberty predicts fighting and other aggressive behaviors.

The findings are consistent with mounting evidence that early age of drinking does not cause later alcohol-related problems. Instead, it appears that both are caused by earlier-occurring events or characteristics.

Early onset of drinking is often associated with later alcohol-related problems. Thus, many people to confuse the correlation between the two with causality. They simply assume that early drinking causes later problems.

They make an incorrect assumption. That is, keeping young people from drinking until age 21 will prevent later alcohol problems.

The National Institute on Alcohol Abuse and Alcoholism (NIAAA) warns that early age of first drink may well not be the cause of later alcohol problems. It does so based on both logic and research evidence.

The NIAAA stresses that both early onset of drinking and later alcohol-related may be caused by underlying personality characteristics. These are such as impulsivity or sensation seeking. Or genetic factors could cause them.

For example, sensation-seeking personalities may drink at an early age, engage in unprotected sex, gamble, drive recklessly, abuse alcohol, etc. Preventing them from engaging in any one of these behaviors would have absolutely no effect on any of the others. Similarly, preventing early drinking would have no effect whatsoever on a person’s genetic makeup. That might well be the cause of alcohol dependence or other problems. 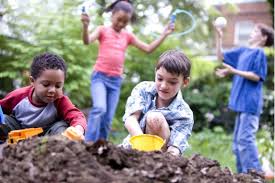 Trained interviewers have rated children’s ability to control their impulses and behavior (behavioral control) and to flexibly adapt their self-control to environmental demands (resiliency). This was done from the time children were between three and five years old. And every three years thereafter until the children reached the age of 12 to 14.

The researchers found that low behavioral control and resiliency predicted the onset of alcohol and illicit drug use in adolescence.

They concluded that age at first drink and risk or alcoholism is a non causal association. 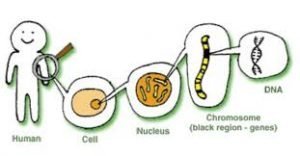 Researchers at the University of Amsterdam in The Netherlands examined the the role of both genes and environment on the initiation of drinking alcohol among early adolescents. They used data from the Netherlands Twin Registry to analyze almost almost 1,400 twins. The researchers found genetic factors to be the most important influence in the early initiation of alcohol consumption.

Does Beginning to Drink at an Early Age CAUSE Later Alcohol Abuse or Other Problems?

Genetics and Early Age of Drinking