Edward C. Delavan was a rich and very generous promoter of the temperance movement.

Delavan was born on January 6, 1793 in Franklin, New York. His parents were Stephen Delavan and Hannah Wallace Delavan. 1820 he married Abigail Marvin Smith and they had five children.

In the economic boom caused by the opening of the Erie Canal, Delavan invested in land. By around 1827 had amassed an enormous fortune. After his first wife died, he married Harriet Ann Schuyler. They had one child.

In 1829 Edward C. Delavan had a leading role in founding the New York State Temperance Society. At that time temperance meant drinking only beer or wine. People didn’t know  that standard drinks of beer, wine and spirits contain the same amount of pure alcohol.

Delavan came to believe in total abstinence from all alcoholic. But he failed to convince the New York State Temperance Society to adopt that position. So he left the Society in 1836.  Delavan then gave $10,000 to help form the American Temperance Union. It was based on total abstinence. 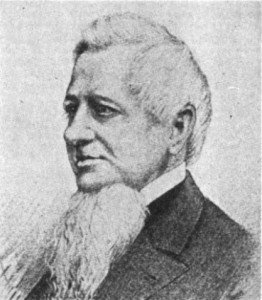 Edward C. Delavan  was deeply committed to the temperance cause. He gave much of his fortune and time to support it.

Delavan came to believe that the “wine” referred to in the Bible was unfermented grape juice. This view caused much dispute. As a result, Delavan left the Presbyterian church to join the Episcopal church.

In 1838 Delavan sailed to Europe to promote temperance. He brought hundreds of temperance tracts on the trip and had them reprinted in England. His visits to France and Italy confirmed his belief that wine was a great evil.

In 1845 he opened Delavan House in Albany. It was one of the first temperance hotels in the country. Although it was used by many abstaining state legislators and lobbyists, the hotel lost money.

The same year he convinced the New York State legislature to pass a local option bill. It let townships vote on accepting or rejecting local prohibition.

In 1850 Delavan tried unsuccessfully to organize a life insurance company. It was to be for abstaining policy holders. That may have saved him money in the long run. He falsely thought that alcohol consumers died sooner than abstainers. Today we know that moderate drinkers tend to live longer than abstainers.

Edward C. Delavan’s major contribution to the temperance movement was through his distribution of persuasive materials (‘propaganda’). He said he financed the publication and distribution of over than 36 million anti-alcohol tracts and magazine issues.

In 1837 he mailed an issue of the Journal of the American Temperance Union to every member of Congress, every member of the clergy, and every postmaster in the entire country. In 1842 he sent 150,000 color copies of Dr. Thomas Sewall‘s famous drawings of alcohol-diseased stomachs to poorhouses, prisons, hospitals, and schools. In 1846 he sent a temperance leaflet to every household in the state of New York.

During the 1850s Delavan promoted state-wide prohibition. This was passed by the legislature in 1855. However, it was quickly overturned by court action.

Delavan continued investing in real estate. By the eve (1860) of the Civil War, his fortune had grown to $625,000. His net worth made him one of the two dozen richest men in the state of New York. During the Civil War, Delavan sent a million copies of a temperance tract to soldiers in the Union army.

Delavan, Wisconsin and Delavan, Illinois were named in honor of Edward C. Delavan.

Taylor, John and Delavan, Edward C.  A report of the trial of the cause of John Taylor vs. Edward C. Delavan: prosecuted for an alleged libel. Albany, NY: Hoffman, White & Visscher, 1840.