Public policy in the U.S. calls for complete alcohol abstinence by all people under age 21. However, it’s highly unsuccessful. Indeed, the policy has actually been counterproductive. That is, causing more problems than it prevents. We absolutely must replace failed programs with effective alcohol education.

Alcohol education programs are virtually mandated by law to present abstinence-only messages. They must pretend that few people under 21 actually drink. These programs are based on three myths.

First Myth – Alcohol use is the same as alcohol abuse. They’re one and the same.

Second Myth – Alcohol consumption is a gateway or steppingstone leading to drug use.

Young people observe the world around them. They’re not stupid. They realize that most people enjoy consuming alcohol without abusing it or causing any harm to anyone whatsoever. Abstinence-only programs, however, tend to ignore the important distinction and treat any use as abuse of alcohol. 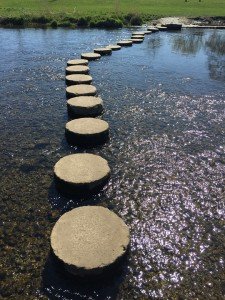 The popular stepping stone and gateway theories hold that using one substance, such as alcohol or tobacco, leads to the use of drugs. However, years of government research have failed to support this theory. Again, young people see that those who drink alcohol don’t usually go on to use drugs.

Exaggerating the dangers of alcohol has been part of alcohol education for over one hundred years. Scare tactics and “health terrorism” are not only ineffective but also counterproductive. As young people mature, they realize the falsity of the myths presented to them as fact. At that point, alcohol educators have lost all credibility

Alcohol is a part of Western culture and the majority of Americans enjoy drinking. To pretend that young people will grow up to enter a world of abstinence is both unrealistic and irresponsible.

Some religious groups are strongly committed to abstinence by all their members. However, they are not very successful in maintaining it among their young people. In fact, the majority of them drink. This is true even among students attending church supported schools. Secular alcohol education can’t even reach this very low level of “success.”

The majority of young people will consume alcohol, at least occasionally. This doesn’t mean that they are bad or that their parents have failed them. It means that alcohol is part of youth culture, as it is in the larger society. It means that their children are normal.

Unfortunately, the complete and only goal of our abstinence-only approach is to prevent any and all drinking among those under 21. Young people (including all adults age 18, 19, and 20) are told to abstain. Often, they’re given strategies to help them refuse alcohol.

Nothing is provided for those who choose to drink. There is no information on alcohol equivalency, on pacing drinks, or eating while drinking. There’s nothing  on the use of designated drivers. Nor on anything else than can reduce the possible harm resulting from alcohol abuse.

Protecting young people and keeping them from safe from harm must be a goal of any reality-based alcohol education program. Such programs need to do the following.

Successful Groups – How They Do It

Many groups around the world have learned how to consume alcohol widely with almost no problems. Some of those groups familiar to most Americans include Italians, Jews, and Greeks. They have effective alcohol education. These successful groups share three things.

This approach has enabled people to avoid the alcohol abuse problems that are common in our society. Yet alcohol educators fail to learn from the experience of successful groups. They choose instead to portray alcohol as a “dirty drug” to be feared and avoided. To promote abstinence as the best choice for all people,  And to work toward reducing all alcohol drinking.

We Should Learn from Successful Groups

Instead of stigmatizing alcohol and trying to scare people into abstinence, we need to recognize that it is not alcohol itself but rather the abuse of alcohol that is the problem.

Teaching about responsible use does not require student drinking. Not any more than teaching them civics requires that they run for office or vote. We teach students civics to prepare them for the future. The day they can vote and assume other civic duties if they choose.

Either drinking in moderation or abstaining should both be equally acceptable options for adults. Therefore, we must prepare students for either choice. To do otherwise is both irresponsible and ineffective, if not counterproductive.

Underage Drinking Legal in Most States.

A study of the effectiveness of alcohol education programs compared those that present an abstinence-only message with those that present drinking in moderation as an option for adults. It found that programs accepting responsible use are demonstrably more successful than are no-use-only programs.

Good intentions and spending massive amounts of time, energy, and money go into our current abstinence-only alcohol education. However, it’s clearly ineffective. And simply doing more of what is not working will not lead to success. We need truly effective alcohol education.

We absolutely must re-think our approach to the problem. Our youth are too important and the stakes are too high to do otherwise.