Most people know that abusing alcohol is bad for the body. It can damage the liver, increase risk of breast cancer, and cause accidents. But what are the effects of moderate alcohol drinking on health? Does it do anything of benefit?

The short answer is “yes.” Drinking alcohol (beer, wine, and distilled spirits) improves health and helps us live longer. Learn more at Alcohol and Health: Medical Findings. Cardiovascular disease is the leading cause of death in the developed world. For example it kills about one million people in the U.S. each year.1 The National Institute on Alcohol Abuse and Alcoholism reports that moderate drinking is very good for heart health. It leads to a 40% to 60% drop in heart disease.2

The public generally knows that red wine is good for the heart and increases longevity. Unfortunately, the Red Wine Myth is that only red wine provides these important benefits. In reality, alcoholic beverages tend to be generally equal in their health benefits. It’s the alcohol in alcoholic beverages that largely improves health and lengthens life. And standard drinks of alcohol all contain six-tenths of an ounce of pure alcohol.

Impacts of Moderate Drinking on Health 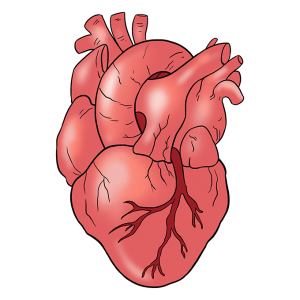 Heart disease is a major cause of death. And drinking in moderation greatly reduces coronary diseases. As a result, moderate drinkers are less likely to suffer heart attacks or failure. That’s in comparison to either abstainers or heavy drinkers.

Also, moderate drinking increases the survivability of heart attacks. Especially important is the fact that non-drinkers who begin drinking significantly reduce their risk of cardiovascular disease. This shows that moderate drinking causes the reduced risk.

Specifically the ways moderate drinking causes better heart and vascular health is known, at least in part. Such drinking promotes good heart health in a number of ways. They include these.

Alcohol acts in other ways. It

What alternatives are there to drinking for reducing the risk of heart disease? What about eating a better diet, exercising, or losing weight? Wouldn’t that be just as effective?

No, it wouldn’t. The only more effective change is to stop smoking.

Alcohol is more effective than other lifestyle changes, even when combined. A typical person would need to

Yet drinking in moderation would have a greater impact on reducing heart disease risk than doing all of these things. So the effect of drinking on the body is beneficial.

A stroke or “brain attack” kills brain cells. Exactly where and how many brain cells die determines the resulting disability.

Stroke is the leading cause of disability among adults in the U.S. It is the fifth leading cause of death in the country. Every year almost 800,000 people have a stroke. This means that a stroke happens every 40 seconds. A stroke kills someone every four minutes.

Fortunately, moderate drinkers are much less likely than others to suffer a stroke. Things that are good for heart health also tend to be good for the brain. Discover more at Risk of Stroke Reduced by Moderate Alcohol Consumption. 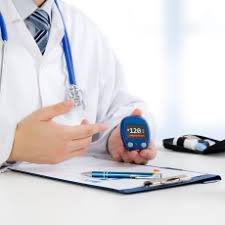 Type 2 diabetes (adult-onset diabetes) is a very serious disease. It’s especially harmful to the kidneys, nerves, and eyes. It can lead to problems such as blindness, impotence, loss of limbs, and death. The disease also increases the risk of heart disease and stroke. Tens of millions of people around the world suffer from diabetes. And many more are at risk of the disease.

Dementia,including that caused by Alzheimer’s, is an important matter. Dementia effects millions of people, their loved ones, and governments.

Reducing the risk of dementia would help contain health care costs. It would reduce the emotional burden of care giving. And it would promote enhanced quality of later life.

Moderate drinkers are at lower risk of dementia. However, either abstaining from alcohol or abusing it increases the risk. To learn more, visit Drinking and Dementia, Alzheimer’s, & Memory Loss.

Rheumatoid arthritis is an incurable inflammatory disease. It’s an autoimmune disorder. The body’s immune system attacks the victim’s own body instead of an infection. The reasons for this are not known.

However, we do know that arthritis risk is reduced by moderate drinking. The alcohol can be in beer, wine or spirits. Drinking any or all of these reduces rheumatoid arthritis risk.

The prostate gland is part of a man’s reproductive system. It slowly grows after age 25 but rarely causes problems before age 40. However, by their 60, about half of men have symptoms of enlarged prostate or benign prostatic hyperplasia (BPH). These include a variety of urination problems. But severe BPH can cause serious problems over time.

The good news is that men who drink alcohol in moderation are much less likely to develop BPH. See more at Drinking Alcohol Reduces Risk of Enlarged Prostate.

Osteoporosis is a weakening of bone. It can cause severe problem, especially among older women. But also among many men. It frequently causes fractures that often lead to severe disability. Osteoporosis most often causes fractures in the hip, wrist or spine. Hip fractures are especially dangerous. About half the time, they start a downward health spiral leading to death.

Drinking alcohol in moderation greatly reduces the risk of osteoporosis. In turn, this reduces risk of  the many problems it causes. Visit Risk of Osteoporosis and Drinking Alcohol: Drinking Reduces Risk to learn more. 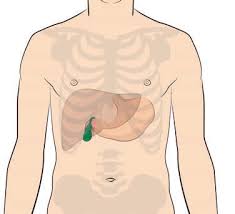 Drinking dramatically decreases the risk of developing gallstones or bladder disease. In comparison to abstainers, drinkers have a 40% lower risk. In addition, medical research reports that the greater the consumption, the lower the risk. This includes drinking much more than suggested by U.S. federal drinking guidelines.

Drinking alcohol, especially along with smoking, increases the risk of cancers of the mouth, esophagus, pharynx and larynx.16 Fortunately, these cancers are all very rare. In total, these cancers cause only 1% of all cancer deaths in the U.S.17

However, moderate alcohol consumption has no impact on the risk of developing virtually any other cancers. On the other hand, it reduces the risk of these cancers.

X. Other Diseases and Conditions

Moderate drinkers are generally less likely to suffer other diseases and conditions such as these.

Helicobacter pylori infection(the major cause of hepatitis B).23 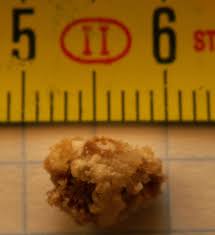 Poor physical condition in the elderly.34

In short, the effects of moderate drinking on the body are overwhelmingly positive. On average, moderate drinkers have better health and live longer than either abstainers or alcohol abusers.

These resources deal with the effects of moderate drinking on the body and related topics.

Spence, J. How to Prevent Your Stroke. Nashville: Vanderbilt U Press, 2006.

Arthritis Found. Overcoming Rheumatoid Arthritis. What You Can do for Yourself. Atlanta: The Found, 1993.

Taguchi, Y. The Prostate. Everything You Need to Know about the Man Gland. Ottawa: Canad Electron Lib, 2015.

Krychman, M. 100 Questions and Answers for Women Living with Cancer. A Practical Guide for Survivorship. Sudbury, MA: Jones and Bartlett, 2007.