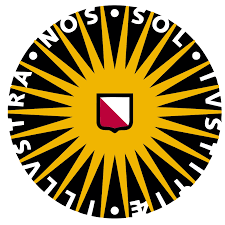 The researchers were at the Utrecht Institute for Pharmaceutical Sciences at Utrect University in The Netherlands.

* The following is an example of concern.

Energy drinks are reaching their peak in popularity and continue to sell mass quantities to their youthful target audience.

The most popular of the new wave of energy drinks is Red Bull. It’s the drink that promises to give its drinkers wings. Venom, Adrenaline Rush, 180, ISO Sprint and Erektus. These are the names of some the other popular energy drinks out on the market.

These drinks claim to stimulate the mind and body plus provide a boost of energy. But they can have adverse effects when mixed with alcohol.

Lately college students and teens have been mixing these energy drinks with alcohol. It’s a means of getting a high without getting sleepy.

Fatigue is the body’s way of saying it’s had enough to drink. It’s dangerous to fool your body that you’re not as drunk as you really are, he said.

“Even though (the energy drink) has stimulants in it, the alcohol is still going to have similar effects on you,” Clarke said. “You may feel more alert but actually the alcohol is having the same effect on you. So you might perceive that you are less impaired when in actuality you are not less impaired.”

“Energy drinks have a lot of stimulants in them like ginseng and taurine, while alcohol is a depressant. So by mixing the two you’re sending mixed messages to your nervous system. This can cause cardiac related problems,” Clarke said.

Clarke said the appeal behind mixing energy drinks with drinking is the promise of sustained rush. That would allow people to go on drinking longer into the night and combat hangovers.

Alcohol makes people dehydrated, he said. This is one of the reasons why people have hangovers. And the caffeine in the energy drinks is a diuretic which also causes people to lose water. So it makes the effects of dehydration worse.

“You might feel that you can party for a long time. But in reality you are just going to have a greater hangover effect the next day,” Clarke said.

He also said students increase their risk of a bad reaction by mixing them with alcohol.

Students need to try these energy beverages to see how body responds to them. They should do that before consuming them with alcohol, he said.

“You might have some pre-existing medical condition. Or you might have an adverse reaction to some of the stimulants that are in those drinks,” Clarke said.

Clarke feels it’s safest to limit consumption to one of these mixtures to lower any risk of negative side effects.

He also said it would be more positive to alternate non-alcoholic and alcoholic beverages. That will keep you hydrated and decrease the negative effects of alcohol.

Keith Cambrel is a writer for the Collegiate Times (Virginia Tech). Reprinted with permission.

These materials are inconsistent with subsequent research. They’re all linked for your convenience.

This website is informational only. It makes no recommendations.