Anyone can be alcoholic. It’s not just the skid row wino. There are many very famous alcoholics.

This list isn’t limited to famous alcoholics. It also includes the infamous, rich, powerful, and influential.

(By the way, be sure to visit Alcoholic Athletes and also Famous People Arrested for Drunk Driving.)

It’s important to recognize the signs if we or a loved one has an alcohol problem. That’s because we can help ourselves or those we care about.

Some of the alcoholics listed died as a result of alcoholism. Others quit drinking entirely. And many reduced their consumption to moderate levels.

Dr. Bob. Co-founder (with Bill Wilson) of Alcoholics Anonymous (AA). He is one of the most famous alcoholics.

Danny Bonaduce. Comedian, radio and TV host. Was a child actor. He is one of the most famous alcoholics.

Belinda Carlisle. Singer and songwriter. Lead singer of The Go-Go’s.

Raymond Carver. Short-story writer and poet. “Will You Please Be Quiet, Please?,” “Cathedral,” and “Where I’m Calling From.”

John Cheever. Novelist and short story writer. “The Brigadier and the Golf Widow” and “The Stories of John Cheever.”

Sir Winston Churchill. British Prime Minister and statesman. He’s one of the most famous alcoholics.

Montgomery Clift. Actor. “From Here to Eternity” and “Judgment at Nuremberg.”

Peter Cook. Actor, comedian and writer. “Beyond the Fringe” and “Derek & Clive.”

Kirsten Dunst. Actor. “On the Road,” “Bachelorette,” and “The Two Faces of January.”

Roger Ebert. Writer and film critic. TV series “Siskel and Ebert” and “At the Movies.”

Elizabeth Bowes-Lyon. Monarch of the UK.  (Mother of Queen Elizabeth II.) Surprised she’s one of the famous alcoholics?

William Faulkner. Novelist. “The Sound and the Fury,” “As I Lay Dying,” and “Absalom, Absalom!”

Carrie Fisher. Actor and writer for the Star Wars series of films.

F. Scott Fitzgerald. Novelist, scriptwriter, and short story writer. “This Side of Paradise” and “The Great Gatsby.

Errol Flynn. Actor and writer. “The Adventures of Robin Hood,” “Let’s Make Up,” and “Cruise of the Zaca.”

Betty Ford, U.S. First Lady. That is, wife of a President. She is one of the most famous alcoholics.


Spiritual Help for Alcoholism (Including AA).

Ulysses S. Grant. Union General and President of the U.S.

Chris Hardwick. Producer and actor. “@midnight” and “The Wall.”

Lorenz Hart. Lyricist. “My Funny Valentine,” “Blue Moon,” and “The Lady is a Tramp.”

Doug Harvey. Baseball umpire in the National League for 30 years.

Ernest Hemmingway. Novelist, short story writer, and journalist. “A Farewell to Arms,” “For Whom the Bell Tolls,” and “The Old Man and the Sea.”

Christopher Hitchens. British Trotskyite, writer, speaker. Caustic critic those with whom he disagreed.

Anthony Hopkins. Actor. “Instinct,” “Meet Joe Black,” and “The Silence of the Lambs.”

Dennis Hopper. Actor and director. “Waterworld,” “The Keeper,” and ” Land of the Dead.”

Naftali Herz Imber. Hebrew poet. One of his poems was set to music and became Israel’s national anthem.

Shirley Jackson. Writer and novelist. Novels “The Lottery,” “The Haunting of Hill House,” and “We Have Always Lived in the Castle.”

Jesse James. Actor. “As Good as It Gets” and “The Butterfly Effect.”

Elton John. British singer, pianist, and songwriter. His “Candle in the Wind” is the best-selling single in the history of the UK and US singles charts

Sam Kinison. Actor, comedian, and writer. “Savage Dawn,” “Back to School,” and “Married with Children.” 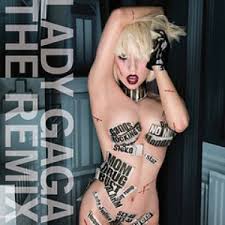 Carson McCullers. Writer and playwright. Novels “Clock Without Hands,” “The Member of the Wedding,” and “Reflections in a Golden Eye.”

Eva Mendes. Actor and model. “The Wendell Baker Story,” “Out of Time,” and “Hitch.”

Jim Morrison. Musician, songwriter, and poet. Co-founder and lead singer of the Doors. Rock. The Roll Hall of Fame. 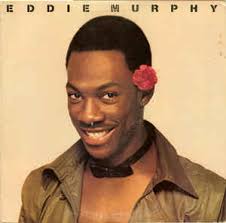 Modest Mussorgsky. Russian composer. One of a group of composers (“The Five”). They tried to create a Russian genre of music. 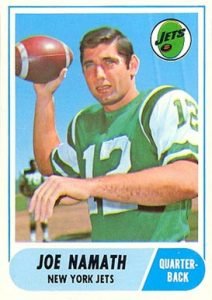 Al Pacino. Actor. “The Godfather,” “You Don’t Know Jack,” and “Angels in America.”

Dorothy Parker. Writer, poet, and critic. Formed a group of writers and wits called the Algonquin Round Table. “A Star Is Born” and “Saboteur.” (Real name Dorothy Rothschild.)

Edgar Allan Poe. Writer, poet, and critic. “The Tell-Tale Heart,” “The Fall of the House of Usher,” and “The Raven.”

Bonnie Raitt. Blues singer, guitarist, and songwriter. Albums “ Nick of Time,”  “Luck of the Draw,” and “Longing in Their Hearts.”

Cognitive Behavioral Therapy for Alcoholism. (Proven to be effective.)

Dr. Bob Smith. Co-founder (with Bill Wilson) of Alcoholics Anonymous (AA). He’s truly one of the most famous alcoholics.

Cat Stevens. Singer and songwriter. Wrote “The First Cut is the Deepest,” “I Love My Dog,” and “Here Comes My Baby.” (His real name was Stephen Demetre Georgiou. Changed to Yusuf Islam after conversion to Islam.)

Elizabeth Taylor. Actor. Films “Cleopatra,” Who’s Afraid of Virginia Woolf?,” and “The Taming of the Shrew.” She’s one of the most famous alcoholics.

Dylan Thomas. Welsh poet and prose writer. Books “Collected Poems,” ”The Map of Love,” and “A Prospect of the Sea.”

James Thurber. Writer and cartoonist. Books “Let Your Mind Alone!,” “The Last Flower,” and “The Middle-aged Man on the Flying Trapeze.”

Mark Wahlberg. Actor (as young actor and model, known as Marky Mark). Films “Ted,” “The Fighter,” and “The Departed.”

Orson Welles. Writer, actor, and director. Film “Citizen Kane.” Radio series The Mercury Theatre on the Air. Famous for “The War of the Worlds” broadcast. Two British Film Institute polls of directors and critics voted him the greatest film director of all time.

Keith Whitley. Country music singer. Hit songs “Miami, My Amy,” “When You Say Nothing at All.” Also, “I’m No Stranger to the Rain.”

Hank Williams. Country music singer and songwriter. Songs “Cold, Cold Heart,” “Your Cheatin’ Heart,” and “Hey, Good Lookin.” One of the most famous alcoholics. He died from it. (Real name Hiriam Williams.)

Bill Wilson. Co-founder (with Dr. Bob) of Alcoholics Anonymous (AA). He is one of the most famous alcoholics.

Disclaimer. This list of famous alcoholics is compiled from sources that appear to be accurate. That includes many original sources. However, its accuracy is not guaranteed.

Also, do you know of any names that should be added? If so, please contact hansondj (at sign) Potsdam (period) edu/. In fact, readers help improve this website. So thank you for helping!