The fifteen gallon law was passed by Massachusetts in 1838. It was intended to prevent the sale of distilled spirits in retail outlets. (Distilled spirits beverages are whiskey, rum, gin, rye, vodka, etc). Anyone who bought alcohol had to buy at least 15 gallons. An exception was made for doctors and pharmacists. Patients needed to be able to buy smaller quantities for medicinal use.

It was expensive to buy 15 gallons of spirits at one time. This meant that only wealthy people could comply with the law when buying spirits. Violations were common. Police departments were small. Evidence against illegal was generally collected by temperance activists. But to do so, they usually had to break their abstinence pledge. They were also looked down upon as snitches. They were heckeled and sometimes assaulted. 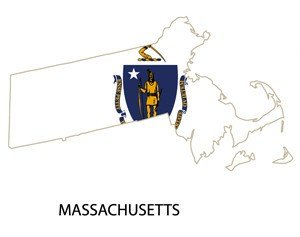 The fifteen gallon law was unpopular. Both buyers and sellers quickly devised ways to circumvent it. Friends would buy 15 gallons and then divide it among themselves. Some sellers had casks holding 16 gallons. When a customer wanted to buy a gallon, he would buy 16 gallons and then sell back 15.

But the most common means means to frustrate the law was with a striped pig. People were invited to see a striped pig for a fee. It was a common pig painted with stripes on it. After seeing the pig, people were treated to free rum. A similar evasion was to sell an article of low value for more than it was worth. In return, customers were then given a free drink. The alcohol was not sold (wink, wink), so the fifteen gallon law had not been broken.

The unpopular law was repealed only two years after it was enacted.

The law was a clever one, but not so clever as sellers and customers.

Readings on the Fifteen Gallon Law

Otis, H., et al. Investigation into the Fifteen gallon Law of Massachusetts: Before a Joint Committee of the Legislature.  Boston: Buckingham, 1839.