Membership was limited to white persons. It required signing a pledge of total abstinence from all alcohol. A separate group, the Sons of the Soil, was also formed. It was described as ‘having been organized for the colored people, which has done immense good among that class of persons in the South’1

The Friends of Temperance reported that

We teach all to depend upon God’s grace for assistance, and strive to impress upon those whose drinking habits we would reform to practice total abstinence with prayer, and to feel that without the assistance of divine grace a habit so enslaving rarely loses it power or unlooses its grip.

There is, perhaps, more Bible truth and religious teachings in our ritual than those in the private workings of any other Order that we know of.2

The group promoting abstinence among drinkers. It also tried to prevent the young from getting ‘the drinking habit.’ By temperance it meant abstinence rather than moderation. 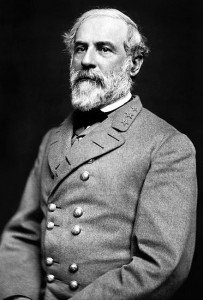 Gen. Robert E. Lee wrote to the Friends of Temperance.  ‘My experience through life has convinced me that, while moderation and temperance in all things are commendable and beneficial, abstinence from spiritous liquors is the best safeguard of morals and health.’3 Lee believed a common myth. That drinks of beer, wine and spirits contain different amounts of alcohol. They all have the same amount of pure alcohol.

By 1876, the order existed in eleven states with about 20,000 members. It published a weekly paper, the Friends of Temperance.