Generation Z drinks less alcohol.1 That is, alcohol consumption by young people has dropped greatly. They are delaying the age at first drink, drinking less frequent, and so-called “binge drinking2 less often. In addition, the proportion of alcohol abstainers has increased dramatically.

In the US, drinking fell dramatically among young people. But among remained high among older people. In fact, it actually increased among older women. 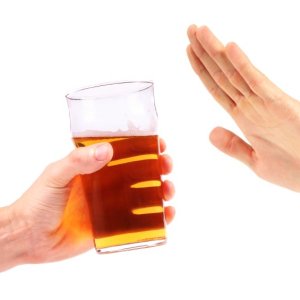 The drop in drinking among Generation Z is widespread throughout the world.

However, this change in drinking can’t be explained by pricing or regulations. That’s because it occurs across countries with very different prices and policies.

It’s not clear why Generation Z drinks so much less alcohol. Nor why such a dramatic generational shift has occurred. So researchers began by reviewed the literature on the subject.

Writers have suggested that drinking has lost its power as a rite of passage signaling adulthood. Therefore, it’s become less appealing. Non-drinking is being normalized and drinking is becoming de-normalized.

Others point to increasing individualization. The “gig” economy rewards individual skills rather than collective action. For example, by joining labor unions.

Some suggest that young people are maturing earlier and are more self-reflective.

One noted an international survey of young people. In it, 75% said “the future is frightening.” That’s consistent with insecurity. The newest generation faces poor pay, insecure jobs, and inability to afford a house.

II. HOW THEY DID THE STUDY

Therefore, researchers investigated this question. To do so, they did a qualitative study of young people in the U.K. The research might explain the shift across societies.

First, they used focus groups with those who drink little or no alcohol. They were recruited from “sober” societies operating in UK universities.

Second, they used online survey of young people aged 18–25. Participants considered themselves either moderate or non-drinkers.

The researchers found that 24% take recreational drugs as a substitute for drinking alcohol.

A large majority of respondents (69%) said they have more choice about how they spend their time than their parents at the same age.

For example, one respondent said this. “…because of the internet and being able to do things online we can socially gather without actually gathering, do any kind of activities and that choice allows us to move away…from going to pubs, going to clubs, and drinking.”

Many also believe the role of alcohol in their lives is different from older generations. A respondent said the following.

“There was less other things for them to do…and I feel like that was very much the coping mechanism of the time. So, if you’ve had a bad day, then you’ll go and drink alcohol, whereas now, if people have days they might be more inclined to go to the gym or do some yoga or some mindfulness or whatever. I feel like people just have more of a broader sense of other ways to cope with things that aren’t necessarily around alcohol.”

Some interviewees stressed the freedom to enjoy alternatives with less judgment.

“Our generation tends to, on all fronts be a bit more of accepting of who you are and…want to be, so…there’s a lot less pressure for people to drink….”

A majority (70%) believed they were under greater pressure than their parents.

“…with my parents, it was very much just finish school, get a job, whereas my mum’s always been like, “Do what you want but make sure you use your education to the best of your ability.”

A need to use free time productively may cause drinking less.

“I think we have more options, but I also think we have less time. We have this mentality of sitting around and talking to people isn’t worth it. I mean, it is…but…we have it so ingrained in us that everything we do has to have like a productive outcome…you have to be constantly looking forward.”

One respondent expressed amazement about other students’ spending money on nights out drinking. Asking

“…why? They don’t even remember anything about that night because they were obviously too drunk to remember, so I just think you could have literally just thrown that money down the drain, like what is the point?’”

The large pressure is the burden of education debt. This was often cited as causing much less drinking. “…you need to be doing everything. I remember my first lecture at uni…we’d only been there… two days, they were like right…so you need to book an appointment with the careers centre and you need to get yourself some voluntary experience and then there’s loads of part time jobs…. Also there’s these societies you need to join. You should write for the psychology newspaper, and there’s this peer mentoring scheme that you need to join and it was literally just like, oh my God, I just want to do my degree.’”

Concern for the future largely displaces earlier generations’ concern for the present. This leads to a desire for control. That was often stressed by respondents and people polled..

Also they expressed concern about hangovers, blackouts, vulnerability, and addiction.

The researchers found of Generation Z the following. “Their lives are characterized by choices, pressures and information rather than compressed adolescence, familial responsibilities, restrictive values, and work routines and escape from them.”

They conclude that alcohol is “bound up with human sociability and perhaps it is no surprise that in an age of increasing individualism and individualization it is also increasingly less embedded in our lives.”