Giving alcohol to a minor can seem harmless, especially when the quantity is small. However the negative consequences to the person who supplies it can be both serious and permanent.

Students preparing for some careers may be blocked if they are found guilty of unlawfully dealing with a minor or similar charge. Such a conviction and criminal record, regardless of the facts, can be enough to prevent work in some fields. These careers include education, law, criminal justice, counseling and many others.

It’s common for parents to serve alcoholic beverages to their own children. Most states recognize the value of this practice. Therfore, they specifically permit people under the age of 21 to drink with their parents. Usually at home, but often restaurants, bars and other venues.

Federal research has demonstrated the effectiveness of drinking with parents. For example, researchers made a studyof 6,200 teenagers across the U.S. They found that those who drank alcohol with their parents were less likely than other to have abused it.

Underage Drinking Legal in Most States. 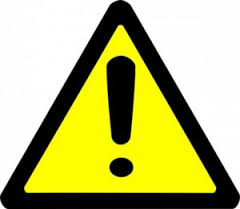 On the other hand it’s important that parents never serve alcohol to the offspring of other parents. The law doesn’t permit it, even with the approval of the other parents.

Many parents try to prevent harm to their children’s friends, So they taking the keys of all young people at the parties they sponsor. They insist on moderation, and closely monitoring behavior.

However, such parents may end up seriously hurting themselves. Conviction, fines, imprisonment and a permanent criminal record is what some well-meaning parents have to show for their efforts.

Resources: Giving Alcohol to a Minor

Legal Drinking Ages around the World.

Responses to Arguments Against the Minimum Legal Drinking Age.