Harm Reduction is often misunderstood. It reduces the harmful effects of any targeted behavior. This discussion focuses on harm reduction for drinking alcohol by young people. However, the general principles also apply to other behaviors by people of any age. These behaviors might be driving, gambling, engaging in sex, losing weight, and so on.

For example, we recognize that driving a car involves the danger of injury or death. We could try to discourage or even prevent people from driving. But that wouldn’t be practical.

I. General Description of Harm Reduction 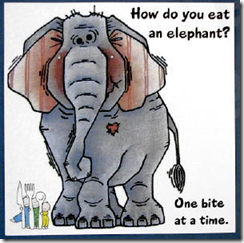 Incremental. It recognizes that it’s easier to make small changes than major ones.

Realistic. People have been drinking for at least 12,000 years. They’re not likely to stop. Prohibition has been tried around the world and it has never worked. To the contrary, it creates new problems. 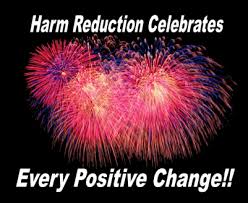 Non-authoritarian. It doesn’t tell people what their behavioral goals should be.

Non-coercive. Harm reduction doesn’t insist on abstinence. But it recognizes that this may be an ideal outcome.

Harm reduction for drinking can use many methods. Here are just a few directed toward reducing harm associated with drinking in college. You can develop more specifically suited for your situation.

Schedule 8:00 am MWF freshman classes. Scheduling classes early discourages late night partying. And the weekend now tends to begin Thursday night. It’s especially important to focus on classes for first year students. That’s because they’re the ones most likely to drink to extreme.

Give practical advice for personal safety. Colleges can develop their own lists based on their specific situations.

Teach safe drinking practices. It’s important for students to know that standard drinks of beer, wine and spirits contain the same amount of alcohol. They should also know to

Drinking with Parents is “Protective.”

• Eat while drinking.
• Sip their drinks slowly.
• Avoid drinking games.
• Have a non-alcoholic drink between alcoholic ones.
• Pace drinks. A general rule of thumb is no more than one alcoholic drink per hour.
• Accept an alcoholic drink only when it fits their consumption schedule.
• Stick with standard drink sizes. It’s easier to keep track of their intake of pure alcohol.
• Follow medical advice about drinking with any medications they’re taking.

Offer College bus service. A regularly scheduled bus to take students from a city’s entertainment area back to campus can reduce accidents and other problems that might be associated with intoxication. Some may call this enabling. However, it reflects a higher concern for student safety and life.

Sell alcohol in dining halls to students 21 or older who wish to purchase it. This reduces the idea that drinking in moderation is something unnatural. It also provides good role modeling for those who choose to drink. And it does so in a sociallhy conrolled environment. 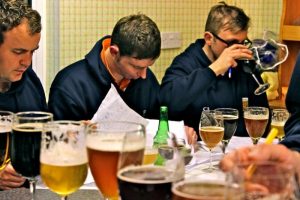 Offer non-credit alcohol appreciation course for students 21 or older. This helps students learn to savor alcoholic beverages and consume them slowly. Learning quality over quantity is imporetant in promoting harm reduction for drinking.

A. Objection: Early onset of drinking harms young brains. It’s widely argued that drinking at an early age harms developing brains. However, there is no evidence that moderate drinking harms a young brain. There are major problems with the so-called evidence. 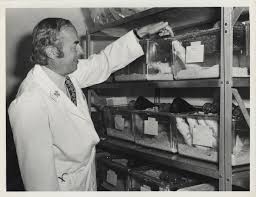 The other source of evidence comes from young substance abusers in alcohol and drug rehabilitation. Again, no one suggests giving young people abusive amounts of alcohol, often with illicit drugs.

2. “Natural research.” The world has had a “natural” experiment for thousands of years. In many societies and other groups children begin drinking at an early age. Such groups include Jews, Greeks, Italians, French, and Portuguese. But there appears to be no evidence that these groups suffer any mental deficiencies as a result. 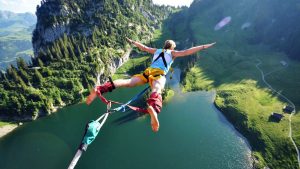 People in the U.S. who begin drinking at an early age are not typical. They tend to seek excitement and lack the ability to defer gratification well. Not only do they tend to drink at an early age.  They also tend to drive fast, engage in unprotected sex, take illicit drugs, gamble, and engage in other high-risk behaviors.

So the evidence is very strong that innate predisposition cause both the early drinking and later drinking problems.

It appears that harm reduction for drinking is effective.