Research shows that drinking alcohol improves heart attack survival. This is true of drinking both before and after a heart attack.

Here are some of the many studies on drinking alcohol and heart attack survival.

They studied 1,346 patients age 45-70 after they experienced a non-fatal heart attack. For over eight years they followed the patients. The scientists recorded alcohol consumption at the time of the attack as well as five years before that time. They recorded recurrent hospitalization for non-fatal heart attack, stroke or heart failure. And they noted cardiac mortality as well as total mortality.

The doctors compared abstainers, moderate drinkers and heavy drinkers. The lowest risk for a second attack or death was for those having one to three drinks per day. The risk of hospitalization for recurrent non-fatal heart attack, stroke, or heart failure generally showed a similar pattern.1

Among men who have had previous heart attacks, “moderate alcohol intake was associated with a significant decrease in total mortality.” Those drinking two to six drinks a week had the lowest risk for dying compared to nondrinkers.

The researchers also reported that the younger subjects experienced the same health benefits from alcohol as the older subjects.2 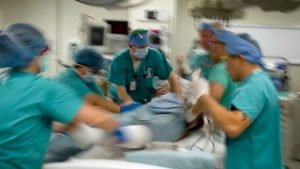 The doctors followed 51,529 male health professionals over time. A total of 1,818 suffered from non-fatal heart attacks. They calculated long-term average alcohol consumption at the the time just before the attack. They then updated average consumption every four years afterward.

The doctors then looked at cardiovascular mortality. The corresponding drops in risk of death were 26%, 42%, and two percent.

Long-term moderate drinking reduced the risk of death. And it did so for both heart attack and death from any cause among men who survived a first heart attack.3

4. Drinking in moderation throughout the year before a heart attack appears to increase heart attack survival over time.

Doctors collected information on the prior drinking behaviors of 1,913 patients. This was done during their hospitalization for a heart attack. Then the doctors monitored the deaths of the patients over the next four years.

The investigators adjusted for age, sex and other relevant factors. Light and moderate drinkers had lower death rates than patients who abstained. Moderate drinkers had the lowest mortality rate, reducing their risk by 32%, compared to abstainers. They also found that the health benefits were the same for beer, distilled spirits, and wine.4

5. Doctors made a follow-up study of 5,447 patients diagnosed with vascular disease or diabetes. They did so after 4.7 years to determine the effects of drinking alcohol. 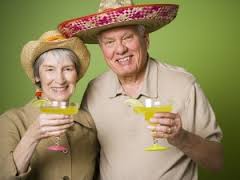 Among patients who consumed 10-20 drinks per week, the risk of coronary heart disease dropped about 60%. And the risk of stroke fell 33%, compared to non-drinkers.

Moderate drinking greatly reduced the risk of amputation, vascular death, and all-cause death. However, drinking heavily increased the risk of these problems.5

The investigators analyzed nine surveys conducted by the National Health Interview Survey. It’s an annual survey of U.S. adults. They found that light and moderate drinkers had greatly lower risk of death from cardiovascular disease. That’s when compared with abstainers (including lifetime abstainers) and heavy drinkers. The risk was reduced about 40% among moderate drinkers and almost as much among light drinkers. The pattern of reduction was similar among both sexes and among different age categories.6

By the end of four years, 23% of the patients were readmitted for chest pain, had a heart attack, or died from heart-related causes. Moderate drinking reduced the risk of each of these undesirable outcomes so long as the patient’s CRP level was high enough.

When a heart attack occurs, blood flow is reduced to several areas of the body. When the blood flow is restored, white blood cells stick to the walls of the arteries. Then they release toxins into the damaged tissues. This causes additional cell death and more damage.

However, alcohol makes the artery walls slick and stops the white blood cells from sticking to the damaged tissue.

Korthuis’ research team compared those who had consumed alcohol before their heart with those who hadn’t. They found that the tissue effected by the low blood flow was much healthier than in those without alcohol.8

9. Doctors studied 353 male heart attack survivors. Men who had two to four drinks after a heart attack are less likely to have a second one. That’s in comparison with abstainers.

Moderate drinking improves cardiovascular health in many ways. They include these.

Doctors who reviewed the research concluded that another benefit may be through a AKT/NRF2-dependent mechanism.

Drinking in moderation “increases the involvement of nuclear factor (erythrioid-derived 2)-like (NFE2L2/NRF2) as well as AKT that act as regulators of oxidative balance during oxidative stress responses.”10

The research evidence from around the world demonstrates that drinking alcohol in moderation causes improved health and increased longevity. It also improves heart attack survival.

Of course, anyone who has had a heart attack should discuss the use of alcohol with a doctor.