The history of beer in the 20th century saw many changes. Laws, technology, scientific advancement, business organization, and many other changes occurred. They influenced brewing techniques, brewery size, drinking tastes, and consumption patterns. These changes continue today in the expansion of home brewing, microbreweries, and brew pubs.

1909
Teddy Roosevelt brought over 500 gallons of beer on a safari in Africa.

1913
The Webb-Kenyon Act passed. It prohibited the shipment of alcoholic beverages into dry (prohibition) U.S. states.

1914
The Secretary of Navy ordered prohibition of alcohol on U.S. Naval ships and Naval installations

1918
Pres. Woodrow Wilson ordered all U.S. breweries to shut down in order to save grain for the war effort.

1919
•The 18th Amendment to the U.S. Constitution was ratified in January. It called for National Prohibition to begin one year from the date of ratification. This was a major event in the   history of beer in the 20th century.
•The Volstead Act for implementing National Prohibition was passed.

•”Near beers” were brewed during prohibition (1920-1933). They contained less than one-half of one percent alcohol. Brands included Pablo by Pabst, Famo by Schlitz, Vivo by Miller, Lux-O by Stroh and Bevo by Anheuser-Busch.
•President Harding signed the Willis Campell Act. It was better known as the anti-beer bill. It prohibited doctors from prescribing beer for medicinal purposes. Wine and spirits were permitted.

1926
Opposition to National Prohibition grew strong. A nationwide poll on prohibition showed that people favored either its modification or repeal by nine to one.

1928
The Association Against the Prohibition Amendment reported that enough hops had been sold during the year to make 20 million barrels of illegal beer. They cited the loss in taxes on these sales as one reason to end Prohibition.

1933
•Anticipating that the repeal of  National Prohibition would take years, Congress modified the Volstead Act with the Cullen-Harrison Act. That permitted the sale of beer and wine with 3.2% alcohol. The intent was to increase employment and tax revenue quickly. It became effective on April 7, 1933. This was another major event in the   history of beer in the 20th century. April 7 is now National Beer Day.
•By June, thirty-one breweries were back in operation.

1930s
•Mild ale and bitter become the favorite of British beer drinkers.
•Home consumption of beer increased in the U.S. with the arrival of the beer can in and the spread of home refrigerators.

1940
•Until 1940, most drinking in the Netherlands took place in pubs. Then, drinking at home became common.
•Beer production reached pre-prohibition levels. Yet there were with half the number of breweries in operation as in 1910.
•The barrel tax in the U.S. was raised from $5.00 to $6.00.

1943
Brewers were required to allocate 15% of their production for U.S. military use.

1953
New Zealander Morton W. Coutts developed the technique of continuous fermentation. With his process, beer never comes into contact with the atmosphere until the bottle is opened.

1954
First l6 ounce can of beer was introduced by Schlitz.

1960
The aluminum beer can introduced by Coors.

1962
The tab top beer can was introduced by Pittsburgh Brewing Company.

1964
Metal kegs were introduced in Germany.

1966
Budweiser was the first brand to sell 10 million barrels in a year.

1969
Canned beer outsold bottled beer for the first time in the U.S.

1978
•Home brewing became legal at the federal level in the U.S. However, individual states and localities could make it illegal.
•The U.S. legalized home brewing of beer for the first time since before National Prohibition began in 1920. Up to 200 gallons per household could be produced tax-free.
•The American Homebrewers Association was formed. This reflected the growing popularity of home brewing. It’s one of the major trends in the history of beer in the 20th century.

1981
First Great American Beer Festival (GABF) was held in Colorado. It’s now the oldest and largest beer tasting and competition in the U.S.

1982
•The first legal brew pub in the U.S. opened. A brew pub sells its beer and food. Doing so had been illegal since 1920. Another milestone of beer in the 20th century.
•Budweiser introduced Bud Light beer

1983
•At the beginning of the year, 51 brewing concerns are operated a total of 80 breweries. This is the low point for U.S. breweries in the 20th century.
•The largest six breweries (Anheuser-Busch, Miller, Heileman, Stroh, Coors, and Pabst) brewed 92% of U. S. beer production.

1984
There were 44 brewing companies operating 83 breweries.

•Asahi Super Dry beer was introduced in Japan.
• The Beer Orders were passed in the UK. Their purpose was to end the system of ‘tied houses’ operated by large brewers.
• Iceland lifted its ban on the production or importation of beer, which had existed for almost eighty years.15

1992
The Wife Carrying Contest was  revived and modified in Finland. It’s based on an old tradition. Ronkainen the Robber tested prospective members of his gang by having them carry heavy sacks on their backs through an obstacle course. In the new contest, the winners receive cash prizes and their wife’s weight in beer.

1993
In Germany the Reinheitsgebot law of 1516 was relaxed to allow foreign brewers to sell their beer in Germany.

1994
It become legal in the U.S. to put the alcohol content of beer on containers.

1995
Belgium-based Interbrew bought Labatts of Canada. Consolidation has been a major feature in the story of beer in the 20th century.

1996
Tutankhamun Ale was brewed. It was a replica of ancient Egyptian beer, brewed from emmer wheat, an early form of the grain.

Beer in the 21st Century.

2005
The first gluten-free beer was brewed by Finnish brewery Laitilan. It was also the first beer to receive the international gluten-free product trademark.

2008
•Belgian brewing company InBev bought Anheuser-Busch. That created the world’s biggest brewer.
•Budweiser announced that its beer would be sold in Vietnam.
•Scottish & Newcastle, the UK’s largest brewer, was bought by Carlsberg and Heineken.

2009
•A Muslim woman in Malasia was sentenced to six lashes and a large fine for having a beer in a nightclub. A civil judge upheld the sentence. The chief Shariah judge also upheld it.
•Utah permitted customers to enter a bar without filling out applications and paying a fee to become a member of a ‘private club.’ 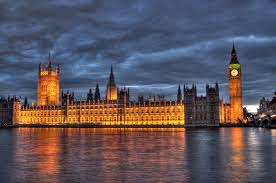 •In England, the House of Commons voted to change the 400-year-old “beer tie.’ In this system, pub owners buy alcohol exclusively from their parent company in return for lower rent.
•The Craft Beer Revolution: How a Band of Microbrewers Is Transforming the World’s Favorite Drink was published.
•The Boston Beer Co. withdrew its sponsorship of Boston’s St. Patrick’s Day Parade because organizers exclude gay groups.

Books on History of Beer in the 20th Century.

Baum, D. Coors: How One Family Created a Beer Making Dynasty While Trying to Remake the Modern World. NY: Morrow, 2000.

Long Before the History of Beer in the 20th Century.

Visit earlier periods in the history of beer to learn about its long past and development. It covers thousands of years and goes back to pre-history. It’s an amazing story that continues today.