How can we prevent a hangover? Most people enjoy drinking alcoholic beverages, at least occasionally. But no one wants the pain and discomfort of a hangover the next morning if they drink too much.

How do you know if you have a hangover? In short, you will know it. The severity varies among people, but it’s always very unpleasant. You’ll feel terrible. Symptoms may include these.

Veisalgia is the medical term for hangover. It’s from the Norwegian “kveis,” meaning “uneasiness following debauchery,” and the Greek “algos,” meaning “pain.”

People in different countries often have descriptive terms for hangover. The French call it “wood mouth.” Germans refer to it as “wailing of the cats.” Italians call it “out of tune.” Norwegians identify it as “carpenters in the head.” Spaniards call it “backlash.” Swedes refer to it as “pain in the hair roots.” Obviously, all of these terms suggest misery.1

How Alcohol Effects Us: The Biphasic Curve Shows the Pleasure vs Pain Relationship.

Today, some Germans eat a breakfast of red meat and bananas. Some French drink strong coffee with salt. Many Chinese drink spinach tea. Some Puerto Ricans rub half a lemon under their drinking arm. Haitians sometimes stick 13 black-headed needles into the cork of the bottle from which they drank. And some Russians drink vodka in an effort to cure hangovers.

People may deeply believe in their “cures.” Yet none are effective in preventing or even relieving a hangover.2

First, you could choose not to drink any alcohol. If so, politely declining drinks gets easier over time. Or say something clever.

“I don’t need any more hair on my chest.”
“I’m performing neurosurgery in the morning.”
“It sloshes too much when I jog.”
Or just “No thank you.”

Here’s another option. If someone offers a drink, say “Thanks. I’ll have a cola.” There are also a number of other beverages that look like alcoholic drinks. They include tomato juice, lemonade, iced tea, and water and ice cubes. Also club soda with orange juice, and tonic water with a twist or wedge of lime. And don’t forget either orange juice or 7-Up with grenadine. Clearly, not drinking alcohol is the surest way to prevent a hangover.

The biphasic curve explains how high your breath alcohol concentration (BAC) can go without undesirable consequences.

Here are some suggestions for drinking in moderation.

a) Remember that standard servings of beer, wine and spirits (liquor) have the same amount of alcohol. That is, 0.6 ounce pure alcohol each.

b) Eat before and while drinking.

c) Pace your alcoholic drinks. A good rule of thumb is one drink per hour.

d) Alternate alcoholic and non-alcoholic drinks. That is, two drinks in total per hour.

e) Accept an alcoholic drink only when it fits your consumption schedule.

f) Stick with standard drink sizes. That makes it easier to keep track of your intake of pure alcohol.

g.) Avoid punches. They vary widely in alcohol content. So it’s hard to judge how much alcohol you’re consuming.

Drink lots of water both before and while drinking. Alternating alcoholic and non-alcoholic drinks is very helpful. Alcohol causes the body to rid itself of alcohol. This is a major cause of hangovers. Especially good are coconut water or a sports drinks like Gatorade. They replace electrolytes. Drinking heavily causes these nutrients to leave the body.3 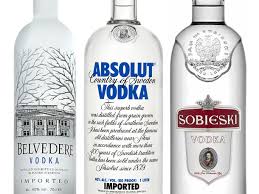 The very best choice would be a high-end vodka. That’s because their producers re-distill and filter them many times. Thus, they have virtually no congeners.

Artificial sweeteners speed alcohol absorption. Avoid artificially sweetened beverages to reduce the severity of hangovers.6 Choose ones sweetened with sugar to maintain a good blood-sugar level. Or choose water instead if you’re trying to avoid sugats. 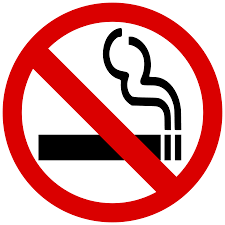 Don’t smoke tobacco. It makes hangovers worse. If that’s impossible, then smoke as little as possible. Smoking while drinking makes it harder to sleep well. That can contribute to the severity of a hangover.7

8. Get Plenty of Sleep

Heavy drinking can reduce the quality of your sleep. Especially if you also smoked while drinking. So it’s important to get enough sleep. This can also reduce the fatigue and irritability of the hangover.8

Low levels of blood sugar are often accompany hangovers and Make them worse. Eating a good breakfast (or late-night meal) can restore proper levels. In turn, that can reduce weakness and headache. Avoiding greasy foods can help reduce stomach upset.9

For a headache and muscular aches, take ibuprofen. But avoid medications that contain acetaminophen. For upset stomach, take Pepto-Bismol.10

Having some alcohol will reduce the symptoms of a hangover. However, it comes at a price. The hangover will last longer.

To prevent a hangover, don’t drink alcohol or consume it in moderation. But these additional tips might help you either avoid a hangover or reduce its severity.

III. Resources for How to Prevent a Hangover

Note: This website receives no benefit from displaying the bottles of vodka. Vodka is simply the best choice to prevent a hangover.