This article is by Mary Fontanazza, an expert on abuse. She explains why intoxication isn’t an excuse for any bad behavior. Of course, this includes domestic abuse and sexual assault.

Nevertheless, people usually try to excuse their bad behavior on their intoxication. Doing so is comforting to perpetrators, victims, and who love them. However, it’s counter-productive. So in the long run, the excuse is very damaging.

Following is her explanation

Summer is here and this means outdoor festivals and concerts, beach parties, picnics, softball, and baseball games. Also backyard bonfires and brat frys where alcohol is often available and consumed in massive quantities.

Sometimes incidents of domestic abuse, dating violence or sexual assault happen after a person has been drinking too much. 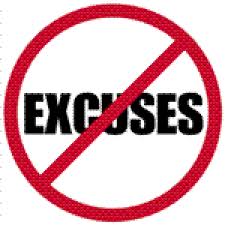 It is unlikely anyone would say these summer activities cause domestic abuse, dating violence and sexual assault. However, many people believe drinking, particularly excessive drinking, causes such violence.

It is less painful for victims of these crimes and their families to believe drinking caused the violence. And also that alcohol treatment and sobriety will end the violence. This also holds true for families and friends of people who perpetrate acts of intimate partner violence and sexual assault.

Not believing these myths requires people to:

Domestic abuse and sexual assault are not due to a loss of control brought on by excessive drinking. These crimes are about gaining and maintaining control by using any means, including violence.

Perpetrators often use alcohol to excuse their behavior and deny personal responsibility for their violence. Some may say they did not intend to hurt the other person. Yet at the same time, they claim no recollection of the assault. Memory loss and lack of intent are not the same.

Intoxicated individuals usually have difficulty performing tasks, yet battering and sexual assault occur despite a perpetrator’s level of intoxication. This indicates they are even more determined, more focused and may have to use more force to assault the victim. Using more force often results in more severe injuries.

Battering is learned behavior, not the result of substance abuse. Studies indicate batterers who beat their partners while under the influence of alcohol also beat them when sober. Treatment for alcohol abuse does not “cure” domestic abuse. Therefore, both problems must be treated independently.

Alcohol is a one of several risk factors related to sexual assault and dating/intimate partner violence. It is often the medium perpetrators use to slip date rape drugs to their victims. Alcohol can lower inhibitions, making it easier for a perpetrator to ignore boundaries. Intoxication makes it more difficult for a victim to guard against an attack.

To reduce that risk:

Source for Intoxication Isn’t an Excuse

Posted from Sheboyganpress.com, by permission of the author. Slightly edited. Mary Fontanazza is director of advocacy for Safe Harbor of Sheboygan County in Wisconsin.