Is alcohol a poison or toxin? It’s important to know the answer to the question.

A reader sent this email. It was in response to my discussion about the fact that alcohol is a drug.

Regarding your article about alcohol as a drug. You miss a vital piece of information. You neglect to point out that the drug ethanol is a toxin [that] does indeed pass the blood brain barrier. (As do other drugs w/small enough molecules). This lifts alcohol out of the category you’ve invented. That’s whereby practically anything that enters the human body is a drug. Ethanol has a particular way of impairing cognition.

I hope that you look into the facts and include them into any future writing. 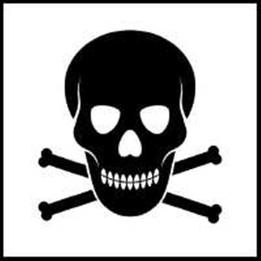 Thank you for your email noting one of the distinctions among various drugs.

A basic axiom of pharmacology is simple. “The dosage makes the toxin.” Unfortunately, it’s not something I thought of.

When consumed in moderate amounts, ethanol is not a toxin. However, in large enough quantities it can cause alcohol poisoning. In such cases, the dosage makes alcohol a poison or toxin. Although rare, this is also true of water.

On the other hand, alcohol in moderation leads to better health and greater longevity. Either abstaining from alcohol or abusing it leads to poorer health and shorter life.

Alcohol is a Solvent.

Because, as you state, other drugs also pass through the blood brain barrier, alcohol is not unique in doing so. Nor is alcohol unique in any “particular way of impairing cognition.”

Research has also shown the powerful role of alcohol expectations on behavior. For example, in those societies that do not believe alcohol disinhibits, the substance doesn’t disinhibit.

The subject is a complex one. Clearly you recognize some of this complexity. Here are some more links you might find of interest.

III. Resources on “Is Alcohol a Poison?”

Dasgupta, A. The Science of Drinking. How Alcohol Affects Your Body and Mind. Lanham, MD: Rowman & Littlefield, 2012.