This page will help you understand Kentucky alcohol laws and avoid expensive fines or even jail. Not to mention time and embarrassment.

Kentucky alcohol laws cover all aspects of alcohol. Kentucky is famous for its Bourbon. Surprisingly, a Baptist minister (Elijah Craig), first made it in 1789 in Bourbon County. Distillers continue making Bourbon in the county, but it is a now a dry one.

Kentucky alcohol laws permit adults 20 or older to serve and bartend in venues selling alcohol for drinking on-premises. Adults age 18 or older may sell beer in locations for off-premises consumption. Another adult at least 20 years old must supervise them. But sellers must be at least 20 years old to sell wine or spirits for drinking off-premises.

This distinction between beer on the one hand and wine and spirits on the other results from an old myth. That is, that wine and spirits are more alcoholic than beer. But standard drinks of beer, wine and spirits all have the same amount of alcohol. Each has 0.6 ounce of pure alcohol. When it comes to alcohol content. they’re all the same.

Kentucky alcohol laws let those of any age under 21 drink alcohol. A parent or guardian must give it to them. There are no restrictions on where they may drink it.

It is illegal for those under age 21 to buy alcohol. The use of a false ID to do so is criminal. The penalty may be driver’s license suspension.

It is also illegal for those under 21 to drive with a blood alcohol concentration (BAC) over 0.02%.

It is illegal to sell an alcoholic beverage to anyone under the age of 21. This includes adults of age 18, 19, and 20.

An alcohol-licensed business may sell alcohol Monday through Saturday from 6:00 a.m. until midnight. However, counties, cities, precincts may permit sales after midnight and on Sunday.

Kentucky has 120 counties. Of these, 39 are dry, 32 are wet, and 49 are moist. A moist county is dry but alcohol is legal in a city, country club, winery, etc. within the county. Discover more about Dry Counties.

It’s a violation for anyone under age 21 to buy, or attempt to buy, alcohol.

Guilty non-adults (that is, those under age 18) face juvenile offender punishments.

It’s also illegal to drink in public. That includes on any bus or train. In addition, it’s illegal to have any opened alcohol containers in a vehicle.

Visit Avoid a DUI in Kentucky (5 Things You Need to Know about DUI).

Kentucky alcohol laws prohibit driving under the influence (DUI) of intoxicants. That can be alcohol or any other substance that impairs driving ability. For alcohol, DUI is a BAC of 0.08%. For drivers under 21, including adults, DUI is a BAC of 0.02% or higher.

The specific penalties for DUI depend on the facts and the judge. However, the state has penalty ranges. Here are both the ranges and the mandates.

For a first conviction within ten years the fine is $200 to $500. Jail is for two to 30 days. Offenders must spend 90 days in an alcohol or substance abuse program. Of course, the offender pays for this. The state suspends the driving license for 30 to 120 days. In addition, they may have to work 48 hours to 30 days in community service.

A second conviction within ten years has higher penalties. The fine is $350 to $500 and the imprisonment is seven days to six months. License suspension is for 12 to 18 months. There is one year in alcohol or substance abuse treatment. Community service is required from ten days to six months.

The penalty increases for a third conviction within ten years. The fine is $500 to $1,000 and jail is 30 days to 12 months. License suspension is 24 to 36 months. Alcohol or substance treatment is again one year. And community service is mandatory for ten days to 12 months.

A fourth conviction within ten years carries a prison term of at least 120 days with no probation. The state suspends the license for 60 months

Kentucky alcohol laws prohibit anyone from operating a water vessel while intoxicated. That also includes riding water skis, driving water jets, or similar vessels. The crime is boating while intoxicated (BWI). Intoxication exists if the operator has a BAC of 0.08% or higher. Or if the operator is under the influence of any substance that impairs driving ability. Of course, that’s determined by the arresting officer. And that is very subjective.

In addition, it’s illegal to drink in public. That includes the state’s waterways. Therefore, officers can arrest anyone, including passengers, seen drinking. But it’s legal to drink in a houseboat or other vessel if the drinker is not in plain sight.

Kentucky alcohol laws can be complex. They are in other states, too. Laws change. So does their interpretation. Do not rely on this site. Nor on any other site. 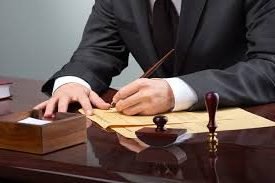 For information or advice about alcohol laws in Kentucky, call an expert. That is, a lawyer who holds a license in the state. It’s obvious that Kentucky alcohol laws are a confusing patchwork. Therefore, it’s wise to select an attorney who practices in the specific locale of concern.

Yet the very best advice is not to drink and drive.

Also, do you know of any items that should be added? If so, please contact hansondj (at sign) Potsdam (period) edu/. In fact, readers help improve this website. So thank you for helping!