According to this view, we need to protect young people, if not everyone, from alcohol.  However, following the repeal of National Prohibition, temperance efforts have largely focused on raising the minimum drinking age.

Although Repeal abolished Prohibition in general, prohibitionists have tried to maintain their hold over young people. And there have been no political consequences for them to pay. Young adults tend not to vote or otherwise hold politicians accountable for their actions.

Neo-prohibitionists of today typically argue that raising the drinking age to 21 has lowered alcohol-related traffic deaths among those under age 21. However, they’ve also gone down among those over that age. With one exception. Many such deaths have simply been pushed up to age 21 and just above. 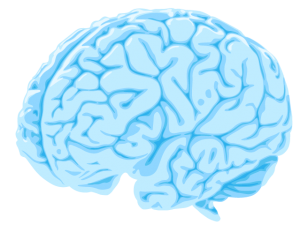 Neo-prohibitionists of today argue that alcohol damages young brains. But the research only looks at two sources of evidence. One is alcohol abusers undergoing treatment. The other is rats who are fed massive amounts of alcohol.

Lacking is any evidence that light or moderate drinking harms young brains. To the contrary, real-world experience suggests otherwise. Jews, Italians, Greeks and many others typically begin drinking at a very early age. And where is the evidence of any mental harm among those groups?

Neo-prohibitionists of today also argue that beginning to drink at an early age leads to later alcohol abuse. There is no evidence of rampant alcohol abuse among the above groups. In reality, they have unusually low rates of alcohol abuse.

Most States in U.S. Permit Drinking Under the Age of 21 (the “Legal” Drinking Age).

The prohibitionists and their current neo-prohibitionists counterparts are clearly wrong in their assumptions. Drinking in moderation is neither undesirable nor dangerous. It’s actually associated with better health and greater longevity than is either abstention or heavy drinking. In short it is not bad but good and healthful. And drinking does not typically result in problem behavior. Similarly, moderate drinking is clearly not a forerunner of inebriation. To the contrary, the vast majority of drinkers enjoy the benefits of alcohol and never become problem drinkers.

People become responsible by being properly taught, given responsibility, and then held accountable for their actions. We don’t tell young people to “just say no” to driving, fail to teach them to drive, and then on their 18th birthday give them drivers licenses and turn them loose on the road. But this is the logic we follow for beverage alcohol because neo-prohibitionism underlies our alcohol policy.

We should base our alcohol policy on science rather than ideology.

Resources for the Legal Drinking Age