Local option in Kentucky permits voters to choose wet or dry for their areas. That is, they can vote on whether or not to allow the sale of alcoholic beverages locally.

The cities of Barbourville and London both recently voted to permit alcohol sales. But two counties, Butler and Graves, chose to remain under prohibition. In both cases, the vote was 54% to remain dry.

This follows the general pattern found in local option results. Urban areas are much more likely to go wet than are rural areas. 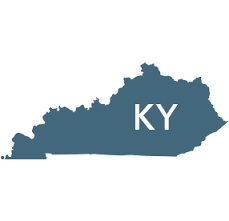 Those who promote going wet usually suggest that it would bring greater prosperity with increased jobs, tax revenue and other economic benefits. Those who want to stay dry usually warn that going wet would lead to topless bars, increased crime, and more traffic crashes. The best evidence suggests that both sides are wrong.

Going wet simply levels the economic playing field. The county is no longer playing with one hand tied behind its back. There is some economic gain, but it doesn’t usher in great prosperity.

People could make alcohol for their own use. They could consume it for religious purposes. They could drink alcohol with a doctor’s prescription. These were typically very easy to get from doctors.

Even more Americans support neo-prohibition ideas. They want to stigmatize alcohol and marginalize those who drink, even in small amounts.

Resource for Local Option in Kentucky