They can detect it much longer than either a breathalyzer or a saliva test. But their precision is low. In addition, their reliability and validity are very poor.

There are two types of hair alcohol tests. One identifies FAEEs. In contrast the other measures EtG. That calls for explanation.

Most of the alcohol a person drinks is metabolizes or breakes down and leaves the body. But some of the results of that process (called metabolites) go into the hair. 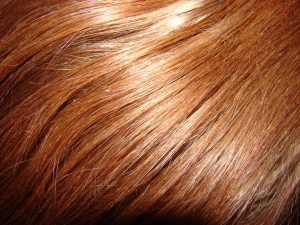 Part of the alcohol reacts with fatty acids to produce esters. These are Fatty Acid Ethyl Esters or FAEEs. As a result, four of these esters (ethyl myristate, ethyl palmitate, ethyl oleate and ethyl stearate) are evidence of drinking alcohol.

Then FAEEs enter the hair in the cells that form the strand of hair itself. These cells develop in the root beneath the surface of the skin. Finally the hair carrying the cells grows through the skin. And it takes any FAEEs with it.

In addition, FAEEs occur in the sebaceous or oil glands of the skin. These, combined with the sebum produced in those glands, move along the hair shaft. This material coats the entire length of hair with a layer of fat.

Many people treat their hair with bleach, dyes, perm chemicals, or other  substances. As a result, some researchers think that such products don’t significantly effect FAEEs. But that important question continues.

On the other hand, the EtG alcohol test detects drinking by determining the presence of ethyl glucuronide (EtG). This is another metabolite resulting from alcohol metabolism. EtG goes into hair through sweat. However, shampooing can wash it out.

Accuracy of Breathalyzers a Threat to Law-Abiding Drivers.

Scalp hair grows at about one half-inch (1.27 cm) every 30 days. Good labs will only test hair growing fairly close to the scalp. And they test about 1.5 inches (about 3.75 cm). However, this limits the detection history to about 90 days. Of course, the exact time depending on how fast the subject’s hair grows. And that also depends on the season of the year and other factors.

Because most labs only test hair close to the scalp, some people shave their heads. But labs can also use hair from other places on the body. However such hair grows slower. So its use extends the time period to detect possible drinking

• Bleaching, dying, perming or frequently shampooing may reduce the accuracy of alcohol hair tests.
• It is possible that the tests may give false positive results. That is, falsely report drinking when none has occurred. This can happen from coming into contact with products containing alcohol.
• Unfortunately, EtG and FAEE tests give about 10% false positive and about 10% false negative results.  That is, about one of every five tests gives false results.
• The analysis of the hair should be for a period of at least three months.
• The alcohol test results are never firm evidence of drinking.1

Obviously, the tests are not very reliable. Thus, even when they give the same results, we can’t be confident. False positives can have especially serious, permanent consequences. That is because test results tend to be used in important decisions by authorities.

So how long can a hair alcohol test detect drinking? If the drinking was heavy enough, it could be for about three to six months. But hair alcohol tests aren’t very reliable. So a person who has a drink occasionally may well escape detection. The big problem is when an alcohol abstainer is falsely seen as a heavy drinker. And if that person is hoping to adopt or to obtain custody. Or is falsely penalized because of a false positive reading. 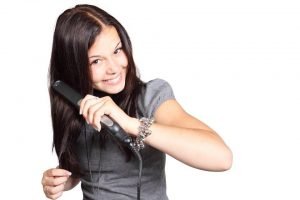 Neither test can show whether drinking occurred while an employee was on-duty or off-duty. The U.S. Equal Employment Opportunity Commission has strict regulations. For example, employers may not prohibit employees from drinking off-duty.

Both tests should be used together to reduce unreliability. But the findings should always be supported by other evidence. It might be be from a polygraph (lie detector), a blood test, or other source(s).