It’s often suggested that the maximum legal BAC be reduced by 38%. That is, down to 0.05. This is opposed by both the hospitality industry and a large proportion of drivers and others. This includes many safety experts. How serious are the problems caused by low BAC drivers?

Research was designed to answer that question. It used quasi-experimental propensity score matching techniques. This was in combination with multilevel modeling. The researchers reported significant findings

Low BAC drivers are involved in a very small proportion of crashes. They are not at fault in many of these. In those cases, their BAC is irrelevant to the crash. 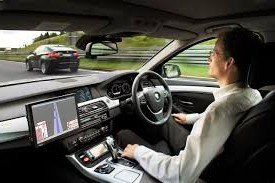 Low BAC drivers are at a slightly higher risk of crash-involvement than those with no BAC. So such drivers are a problem. However, this increased risk from low BAC is much lower than that of any one of a number of other factors. These include age, distraction, speed, high BAC, and drug use.

It is never wise to drive with any BAC. But this research strongly suggests that changing public policy priorities might be wise. More effective use of time, money, and other resources could save more lives.

That’s a goal on which everyone should be able to agree.

Resources on Lowering the Legal BAC.