Surprisingly, a number of foods contain alcohol. However, the amount is usually quite low. You also might like to visit Alcohol in Cough Medicine and Other Over-the-Counter Medications.

All fermented foods such as yogurt and baked goods (bread, rolls, etc.) contain alcohol. But so do fruits and fruit juices. And alcohol levels are higher as the fruit ripens or as time passes before the fruit juice is consumed.

Non-alcoholic beverages in the US must contain less than 1/2 of one percent alcohol by volume. However, in the UK, a de-alcoholised” beverage is 1/5 of one percent or less alcohol.

A number of foods and beverages can have well over 1/2 of one percent alcohol. By that definition, they could then be considered “alcoholic!”

I. Our Body Makes Alcohol

Everyone produces alcohol within their bodies every day. They do so regardless of age, race, or religion. The rate can increase because of diet. But even if their religion forbids alcohol, they make it anyway. And they, like everyone else, will do so as long as they live.

In short, the process is endogenous ethanol production. As a result, we may produce up to about one ounce of pure alcohol in a day. That is equal to almost two drinks per day!

As a result, eating non-alcoholic foods and our own alcohol production can sometimes register on a breathalyzer!

The US Department of Agriculture has prepared this chart to show how fast alcohol evaporates during cooking. Obviously, several things greatly effect how quickly alcohol “burns off.” One is cooking temperature. Another is cooking time. A third is surface area. (That is also related to whether or not the alcohol is stirred into a dish.)

If the dish provides four servings, then each contains 2% of a tablespoon of alcohol.

So it’s easy to calculate other alcohol amounts per serving with other amounts and proofs.

III. Reasons for Not Drinking

Some religions prohibit drinking alcohol.  In addition, some prohibit even consuming it in food. That’s a big distinction. Not drinking is a simple and an easy rule to follow. However, not consuming any alcohol is a challenging rule to follow. That is because so many foods contain small or even trace amounts of alcohol.

For example, in Islam, eating foods containing even trace amounts of alcohol is considered sinful.

Alcohol combined with some medications should be avoided. The labels of such medications indicate when this is the case.

Doctors advise patients that they should avoid taking blood thinning medications for a period before surgery. Such medications even include aspirin. Alcohol also thins blood. In fact, that’s one reason it’s so good for heart and vascular health. One observer makes an important point. Specifically, “For some recovering alcoholics, consuming foods with alcohol in them can be extremely upsetting. Despite their not knowing about the alcohol being present before eating, they could take it to mean a relapse. Some will even use it as a means of justifying a return to alcohol use and abuse.”1

Some alcoholics fear that any alcohol in foods will trigger a loss of control over alcohol.

In reality, evidence doesn’t support the loss of control theory. It was proposed by Alcoholics Anonymous (AA) back in the 1930.

In light of this, people who believe in the loss of control theory are much more likely to relapse after drinking. That’s in comparison to those who don’t believe in it. Thus, the idea of loss of control often becomes a self-fulfilling prophesy.

Of course, people who believe in loss of control should avoid any food they believe will make them lose control.

To learn more, visit Understanding Alcoholism: Its Nature, Cause, and Possible Cure. 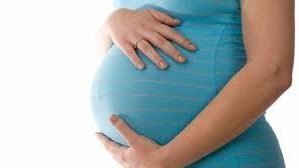 Pregnant women might wish to avoid any foods with alcohol. In reality, there’s no research that having one drink a day during pregnancy has ever caused a single case of Fetal Alcohol Syndrome (FAS).

However, it’s conceivable that doing so might cause some undetectable harm to babies. Therefore, it’s not unreasonable for pregnant women to abstain from alcohol. It’s also understandable if some choose to avoid foods that may contain some alcohol.

IV. These Foods Contain Alcohol (or May Contain It)

Here are some examples. Note that labels will only list alcohol as an ingredient if it has been added. Not if it simply exists in the product.

This listing shows the extent to which foods contain alcohol. However, it is far from complete.

A. Extracts and Flavorings

Extracts, either natural (so called “pure”) or artificial, usually contain alcohol. In fact, pure vanilla extract must, by US law, have at least 35% alcohol. However, many have much more alcohol.

Extracts are made from plants or plant products. On the other hand, flavors are not.

Here are some examples of extracts and flavors and their alcohol content.

Vinegar usually contains 0.3% to 0.4% alcohol. Owing to its ability to reduces the sharpness and astringency of vinegar, alcohol is often added. 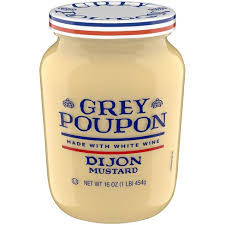 E. Soy and Other Sauces

All of the following contain alcohol.

One study found traces of alcohol in these soft drink brands. 2

Also other research has found alcohol in these.

Yes, You can Get Drunk Eating Food Made with Alcohol.

Alcohol Doesn’t Really “Cook Out” of Food in Most Cases.

1 Can Alcoholics Cook with Alcohol?

Also, do you know of any foods containing alcohol that should be added? If so, please contact hansondj (at sign) Potsdam (period) edu/. In fact, readers help improve this website. So thank you for helping!