Maturing out of heavy drinking by college students after they have graduated has been shown for many decades.1  The belief has been that assuming adult roles and the demands they pose cause graduates to reduce their former drinking patterns to perform their new roles. That is, role conflict leads to the change.2,3 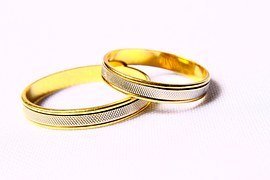 It would appear that entering into marriage would lead to lower drinking rates among young adults. Heavier drinking patterns would generally be seen as conflicting with the demands of marital role performance. Thus, marriage could be expected to promote maturing out of heavy drinking patterns.

Researchers studied how drinking behaviors were changed by marriage. To do so, they looked at data from 844 participants in a continuing study of familial alcoholism. Their interest was the changes in people’s drinking between the ages of 18 and 40. Fifty-one percent of the participants were children of alcoholics.

The study found that marriage led to a reduction in heavy drinking in general. It also found that the reduction was much greater for those who had severe drinking problems before they got married.

The role of marriage in maturing out of heavy drinking may help explain the natural recovery process that commonly occurs among alcoholics.