This page will help you understand Maryland alcohol laws and avoid expensive fines or even jail. Not to mention time and embarrassment.

Failure to follow Maryland alcohol laws can be a mistake. In some cases in can result in a criminal conviction. Young people guilty of providing alcohol to anyone under 21 can suffer lifelong effects. They may be unable to be teachers, law enforcement officers, lawyers, social workers, or follow other professionals. Not being aware of  law does not prevent conviction.

Many young people hope to work part-time. They want to know the minimum ages for jobs around alcohol. What is the minimum age for serving in a venue that sells alcohol? For tending bar? For selling alcohol for off-premises consumption? The answer isn’t simple.

Maryland alcohol laws permit adults 18 or older to be servers or bartenders in venues selling beer or wine. But for spirits, they must be at least 21. This law results from a myth. The myth is that spirits are more “alcoholic” than beer or wine. But standard drinks of beer, wine and spirits all have the same amount of alcohol. Each has 0.6 ounce of pure alcohol.

Maryland alcohol laws about selling alcohol in stores for off-premises consumption also result from  the same myth. Sellers of beer and wine need only be 18-year-old adults. But sellers of spirits must be at least 21 years old.

Knowing what’s legal and not is hard. That’s because Maryland permits local option about most alcohol and drinking matters. As a result, restrictions vary widely from county to county. So localities may have laws more restrictive than the state’s.

Maryland alcohol laws let those of any age under 21 drink in a private residence. A parent, guardian, or spouse must be present.

But the laws make no exception for communion wine. This criminalize many priests and Jewish parents. And it also denies freedom of religion.

The community of Washington Grove is dry. Therefore, there are no legal alcohol sales in it.

It’s illegal to sell alcohol to anyone, even adults, under age 21. The penalty for violating this prohibition is a fine of between $1,000 and $2,500.

The state generally doesn’t regulate the sale of alcohol. However, it prohibits grocery stores from selling beer and wine.

Maryland alcohol laws vary greatly by locality. Counties and localities determine when and where beer, wine, and spirits sales can occur. For example, Baltimore and Garrett counties prohibit the sale of alcohol on Sundays. Some permit Sunday only during certain hours.

Until recently, Montgomery County had a monopoly on the sale of spirits for off-premises consumption. Other outlets (except grocery stores) could only sell beer and wine. However, private stores can now apply for licenses to sell spirits. That is, to the government agency that owns the previously monopoly stores. Other monopoly counties are Somerset, Wicomico, and Worcester.

It’s illegal for anyone under 21 to buy, or attempt to buy, alcohol. Simply possessing a ID falsely represents a person’s age is also illegal. These actions result in a citation rather than arrest. They’re civil rather than criminal offenses. Therefore, guilt doesn’t become part of a criminal record.

Maryland has reduced open alcohol container violations from being a criminal to a civil offense. Again, this is to prevent such a common infraction from giving people criminal records. 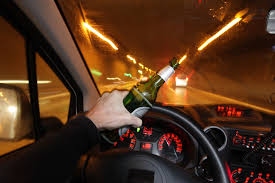 Also it is illegal for those under the 21 to drive with any alcohol in their system. This means a BAC of 0.00%.

Most states set the limit at 0.02% or higher. They do this for several reasons. One is that alcohol breath testers are unreliable. In fact, they don’t actually measure BAC. They only estimate it.

A second is that everyone produces alcohol in their bodies 24/7. And they don’t wait until age 21 to do so. Finally, many medications and foods contain alcohol. Even bread does. So setting the level at 0.02% reduces the chances of convicting innocent people.

The penalty for driving under the influence (DUI) increases with subsequent convictions. For a first offense it’s jail for up to one year. The fine is up to $1,000. The state twelve points to the license and revokes it for up to six months.

A second offense leads to jail for up to two years and a fine up to $2,000. The state adds twelve points to the license and revokes it for as long as one year.

Two convictions within five years causes a mandatory license revocation and ignition interlock device. It prevents a vehicle from starting when a specified level of alcohol is in the driver’s breath. The court may also require an alcohol abuse assessment and program.

Eligible DUI offenders may choose to have an ignition interlock device installed on their vehicle instead of license revocation.

The penalty for driving while impaired (DWI) also increases with more convictions. First offenders face a fine up to $500 and jail for up to two months. The state adds eight points to the license and may revoke it for six months. Offenders under age 21 face a revocation for one year.

The state penalizes a second offense with a fine up to a $500 and jail up to one year. It adds eight points to the license. The license suspension is nine to 12 months.  Also, if the driver under 21, the suspension may be for two years..

The penalties are substantially higher if you are transporting a minor at the time of the offense. Or for a third offense.

Maryland alcohol laws mandate an ignition interlock device on the vehicles of drivers convicted of these crimes.

An OUI conviction includes jail for up to one year. There’s also a fine up to $1,000. An OWI results in jail for 60 days and a fine of $500. Repeat convictions lead to longer imprisonment and higher fines.

Unlike for vehicles, police don’t need any reason to stop operators for BAC testing.

Law is complex. Lawyers spend years in law school. Do not rely on this site. Nor on any other site. The stakes are too high. Nor it it wise to accept advice from friends, relatives, or co-workers. Their advice is worth what you pay for it. That is, nothing. Even worse, it could mislead.

Get legal advice from an expert. That’s a lawyer who holds a license in Maryland. Alcohol laws vary greatly from county to county. Therefore, it’s a good idea to select a lawyer in your county.

At this point you know much more about Maryland alcohol laws than most people. So congratulations!