Most states in the U.S. permit adults age 18 to 20 to tend bar in on-premises establishments. Below is the minimum age for bartending in each U.S. state.

On-premises establishments are those selling alcoholic beverages for consumption there. That is, instead of elsewhere. They are typically restaurants and bars.

In some states, adults under 21 may legally tend bar. But only in certain types of on-premises places, such as restaurants.

Often, bartenders must be at least a specified age. But younger employees may stock coolers with alcohol. Or clear alcoholic beverages from tables.

Some states place conditions on on-premises bartenders under age 21. For example, that a supervisor 21 or older be present. Or it might require that a bartender under 21 take special beverage server training.

II. The Minimum Age for Bartending in On-premises Establishments by State

These resources are about successful bartending. They provide much information and suggestions. But they do not address the minimum age for bartending. 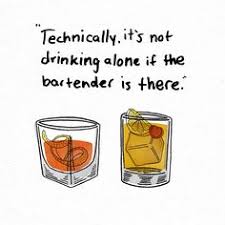 This website does not give any legal advice. Always ask a lawyer for legal help.