This page will help you understand Missouri alcohol laws and avoid expensive fines or even jail. Not to mention time and embarrassment.

Missouri alcohol laws apply to its residents and visitors. People should know that alcohol laws vary from state to state. Not knowing this can be a painful lesson. It’s no defense against conviction.

Many young people want part-time jobs. Hospitality has many. Some involve working with alcohol. Youths want to know the age requirements. How old must one be to serve alcohol in a restaurant? To sell alcohol in a venue for consumption elsewhere? To tend bar? Young people have many questions. So we provide facts for them.

Missouri alcohol laws permit adults 18 or older to serve alcohol to drink on-site. It requires them to be 21 or older to tend bar.

Adults age 18 and older may also sell alcohol in stores for off-site consumption. However, a supervisor must be on the premises. But the law doesn’t specify any age of the supervisor.

Those of any age under 21 may drink. But a parent or guardian must provide the alcohol. Thus, many parents do this to de-mystefy alcohol and promote responsible drinking. They think it’s better to learn to drink in the parents’ house rather an in a frat house

The use a false ID to buy alcohol is a crime. It is also illegal for those under 21 to drive if they have a BAC over 0.02.

In addition, it’s illegal for anyone other than a parent or guardian to give alcohol to anyone under age 21. The consequences of a conviction could be life-long. It could prevent the convicted from becoming a teacher, lawyer, law enforcement officer, social worker, etc.

Places that sell alcohol may not permit customers to leave the premises with open alcohol containers. However, restaurants may allow patrons to leave with unfinished bottles of wine. Someone must close such bottles and place them in sealed bags.

Under Missouri alcohol laws it’s illegal to use a false ID to buy or try to buy alcohol. The penalties for doing so are fines up to $1,500 and/or jail for up to one year. 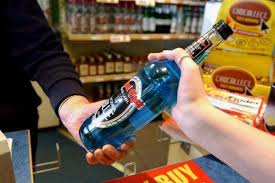 People who find anyone under 21 drinking or possessing alcohol on their property must stop the activity. Those guilty of failing to do so face fines up to $500 and up to six months of jail. That’s for a first offense. A second violation may double those penalties. That is, fines up to $1,000 and up to one year of jail.

Public intoxication is not illegal for those age 21 or older. Indeed, the state specifically protects the right of such individuals.

However, it’s illegal for a person under 21 to appear in public visibly intoxicated. Nor may they have a BAC over 0.02%, even if not driving. Penalties are jail for up to one year and fines up to $1,000.

Missouri allows residents age 21 or over to produce up to 100 gallons of any alcohol annually for personal use. The alcohol can be beer, wine, or spirits. Furthermore, the state doesn’t tax it.

It’s illegal to drive while intoxicated (DWI). For anyone age 21 or older, that’s driving with a BAC of 0.08% or higher. For adults and others under 21, the limit is under 0.02%. However, the state can convict a person of DWI even if the BAC is below those limits. It depends on the circumstances and the judge. 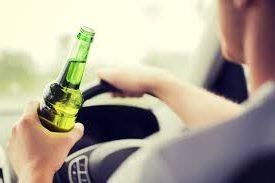 DWI.
Possession of alcohol while driving.
Modifying a driver’s license.

Those guilty must also complete the state’s Substance Abuse Traffic Offender Program. Offenders must pay the cost of the class. They must also pay a $249 fee to the Department of Mental Health. Finally, they must pay a $45 license reinstatement fee. If they’re under 18, they can’t get a license until age 17.

The penalty for each subsequent offense is revocation of driver’s license for one year.

Police confiscate the driver’s licenses of those with a BAC of 0.08% or above. If drivers have later convictions of DWI, the state adds eight points to their license.

Missouri alcohol laws include two offender categories for special punishment. One is “aggravated offender.” Such a driver is guilty of

3. Assaulting a law officer in the second degree.

The law requires jail for aggravated offenders of at least 60 days. That’s before being eligible for probation or parole.

The second category for special punishment is that of “chronic offender.” Such a driver is guilty of

Chronic offenders must serve two years in prison before being eligible for probation or parole.

There is no state law against passengers in a vehicle drinking alcohol. However, some localities prohibit open alcohol containers in vehicles.

Missouri alcohol laws require drivers to take a BAC test if requested by police. The U.S. Constitution grants people the right to decline. And people can avoid a conviction for DWI by using that right. Nevertheless, the state punishes them by suspending their driver’s license for a full year.

However, this does not apply to refusing to take a field sobriety test. These tests are unreliable. For example, about 30% of people with a zero BAC (0.00%) fail them. That is, about one of three people with no BAC fail them.

For that reason, lawyers strongly advise drivers not to take them. They say to refuse politely. And to do so as long as necessary. So it might be wise to follow their advice.

Police may try hard to convince drivers it’s in their own best interest to take them. It never is. They may falsely say the law requires it. Of course, it doesn’t. While investigating, police can legally lie. So don’t be a sucker. 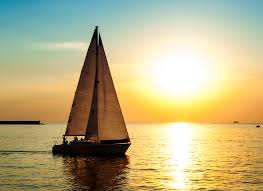 Operating a vessel with a BAC of 0.08 or higher is illegal. The crime is boating while intoxicated (BWI).

For a first conviction of BWI the state adds 12 points to the license. In addition, the offender must pass aboating safety course.

The state adds 12 points for each later conviction. Then it revokes the license for one year if an operator has a total of

Missouri alcohol laws require boaters to submit to a BAC test if police request it. Submitting is “voluntary.” However, the state punishes those who exercise their right with a one-year license suspension.

It’s also illegal to possess or use a beer bong on Missouri rivers except the Mississippi, Missouri, and Osage Rivers. The same is true of any four-gallon container holding any alcoholic beverage.

Law is complex. Lawyers go to law school for years to learn it. Laws can change. Their interpretation can change. Never rely on this site. Nor on any other.

And beware. Friends may give advice. Kin may give opinions. Neighbors may give views. Colleagues may give stories. In-laws may give warnings. They want to help. Smile and thank them. Then ignore their advice. That is, if they aren’t lawyers.

Then rely on an expert. That is a lawyer with a license in Missouri. To this end, the state bar has a free lawyer referral service. Also, alcohol practices vary across the state. For this reason, it’s wise to select a lawyer in your locale.

At this point you know much more about Missouri alcohol than most residents of the state. Congratulations! So do you know of any items that should be added to this page? If so, please contact hansondj [at sign] potsdam [dot] edu/. In fact, many readers have helped improve this site. So thank you!