Researchers conducted a study of 3,069 community-living adults aged 75 years and older. All were participants in the Ginkgo Evaluation of Memory Study (GEMS).  That’s a federal research project. It reported a strong association between moderate drinking and lower risk of dementia. 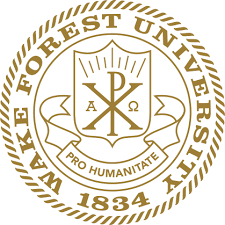 At the beginning of the study, 2,587 of the participants were cognitively normal. At that time, a total of 482 had mild cognitive impairment (MCI).

Researchers examined participants every six months. They did so for up to six years testing for changes in memory or thinking abilities.

The scientists adjusted for demographics, smoking, co-morbidities, depression, social activity, and baseline cognition. Cognitively normal participants who had one to two drinks daily enjoyed a 37% lower risk of dementia. But there was no improvement among those who began with mild cognitive impairment.

Dr. Kaycee Sink of Wake University School of Medicine was head researcher. “Our findings suggest mild to moderate alcohol intake may reduce the risk of dementia,” Dr. Sink said. “However, this does not appear to be true for those who already have mild cognitive impairment.”

In short, drinking can prevent or reduce the development of dementia. However, it can’t reverse it.

The health benefits associated with drinking in moderation are similar for beer, wine and spirits. The primary factor associated with health and longevity appears to be the alcohol itself.

Readings for Drinking and Lower Risk of Dementia

Andrews, J. When Someone You Love has Dementia. Practical Advice. Berkeley : Greystone, 2016.

Note: This website does not provide health, medical advice or opinion about drinking and lower risk of dementia.