The Moderation League of New York was formed in 1923. Its goal was to modify National Prohibition. It worked closely with two groups. One was the American Federation of Labor (AFL). The other was the Constitutional Liberty League of Massachusetts. The strategy was to modify the Volstead Act’s definition of ‘intoxicating liquors.’1

It was the Volstead Act  that enabled the Eighteenth Amendment  to be enforced. It defined exactly what Prohibition prohibited. It seemed to the League more pragmatic to modify a piece of legislation. Trying to repeal an amendment to the Constitution had never been done. Even the legality of doing it was in question.

It was a small state group. But it became a very powerful anti-Prohibition force.2 It worked with a ‘central group [the joint legislative committee] representing organizations opposed to the prohibition amendment….In general, these organizations are working for modification of the Volstead law to permit the sale of light wines, and beers, which is a move that has been endorsed by the American Federation of Labor, whose president chairs the headquarters [of the committee] in Washington, DC.’3 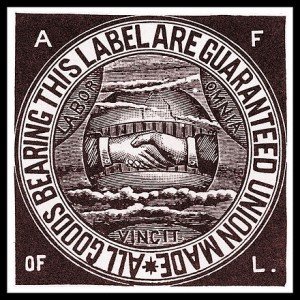 The Moderation League did a survey of 602 police departments in 1926. It found that Prohibition law violations had risen dramatically over time. The survey also found that the increase in arrests was up more in those states that were already dry before National Prohibition.4

The efforts of the joint legislative committee ‘resulted in the introduction of about 100 bills in the House of Representatives and Senate Bill No. 1524, all of which seek to modify the Volstead Law, changing the alcoholic content of beverages from the present less than one-half of one percent to 2.75 per cent, which is non-intoxicating.’5

Julian Codman represented the joint legislative committee in testimony before Congress. He stated that ‘the Moderation League (Inc.), of New York, has not much of a membership, but is what you might better describe as a small working organization.’6  But by working with other groups, the League was able to increase its political influence.

The Moderation League of New York lost the battle over the alcohol content in alcoholic beverages. But it helped achieve much more than it ever expected. It helped win the repeal of National Prohibition.

5 Proceedings of the Twentieth Annual Convention of the Maryland State and District of Columbia Federation of Labor. Hagerstown, MD, April 7, 1924, p. 46.