This page will help you understand Nevada alcohol laws and avoid expensive fines or even jail. Not to mention time and embarrassment.

Nevada alcohol laws apply both to its residents and its many visitors. Visitors should not assume that its laws are the same as those at home. And not knowing the law is no legal defense..

The tourist industry is enormous and has many jobs. Young people seeking work may want to know the ages needed for jobs in hospitality. What’s the age for serving alcohol? For tending bar? For selling alcohol to drink elsewhere?

Young people have many such questions. So we have answers.

Nevada alcohol laws permit persons 21 or older to serve alcohol or to tend bar. But it’s 16 for selling alcohol for drinking off-site. This includes beer, wine or distilled spirits (liquors). A manager or supervisor must be present.

It is a crime to use a false ID to get alcohol. It’s also a crime to make, transfer, lend or sell a false ID.

Those under 21 may not drive if they have a blood alcohol concentration (BAC) of 0.02% or higher.

Those of any age under 21 may drink in private locations. A parent, guardian or spouse must be present. Many parents do this to demystify alcohol and teach moderation. Their belief is logical. It’s that young people should learn how to drink in the parents’ house instead of a fraternity house.

It’s a violation of Nevada alcohol laws to sell alcohol to anyone under age 21. The punishment is jail for up to six months and/or fines up to $1,000. Selling alcohol through the internet to anyone under 21 carries a $500 fine.

The town of Panaca is totally dry. That is, it has alcohol prohibition laws in effect. Mormons settled Panaca in 1864. And it’s still illegal to sell any alcoholic beverage there.

Nevada’s alcohol laws prohibit those under 21 from buying, illegally possessing, or drinking alcohol. (Of course they can drink under conditions noted above.) Otherwise, the penalty is jail for up to six months and/or fines up to $1,000.

Those under 18 face (that is, non-adults) face those penalties and more. They include license suspension for at least 90 days. Nevertheless, it could be up to two years. Also a substance use evaluation and possible mandatory rehab. Of course, this would be at the offender’s expense.

Some states prohibit public intoxication, whereas others explicitly legalize it. Nevada is among the latter. In fact state law prohibits any jurisdiction from making it illegal.

Those under 21 may not enter stand-alone bars, taverns, or saloons. That is, establishments whose primary business is serving alcohol.

Driving with a BAC at or above the legal limit is an offense in and of itself. However, courts can convict drivers of DUI with a lower BAC. That’s because lower levels impair some people. On the other hand, many people have great tolerance. So illegal levels don’t impair them. However, they can’t present this fact as evidence in their defense.

The exact penalties for DUI depend on the facts. And also on the judge.

Having a passenger under age 15 at the time of the DUI leads to additional penalties.

All drivers have a U.S. Constitutional right to decline submitting to a chemical BAC or drug test. However, the state punishes those who use their right with a license suspension of at least one year. And officers may arrest those drivers immediately.

Yet there is no legal penalty for refusing to take a field sobriety test. They are highly subjective and lack validity. For example, about one-third of completely sober people fail field sobriety tests. That is, about one of three people with zero BAC (0.00%) fail them!

For that reason, lawyers strongly advise drivers never, ever take to take a field sobriety test. They say to politely refuse. And to do so as often as necessary.

However, that may take willpower. The reason is that police love the tests. Furthermore, officers know many ways to talk drivers into taking them.

For example, many insist that the law requires it. But it does not. In fact, no state in the U.S. does.

While investigating, police can legally lie. In that case, officers aren’t your friends or allies. In fact, their purpose is to collect evidence in order to arrest you. So don’t be a sucker. 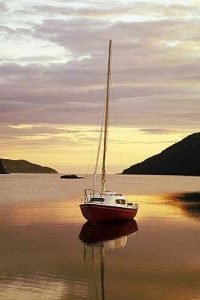 BUI occurs with a BAC of 0.08% to more. Or by being under the influence of alcohol and/or a controlled substance so the boater can’t safely operate vessels.

Homicide by vessel occurs when the offender has three past boating under the influence convictions. Then they have an accident that kills someone. The penalty is prison for 25 years to life. The state can’t parole offenders until until after ten years in prison.

Not surprisingly, field sobriety tests on boats are extremely difficult to pass. 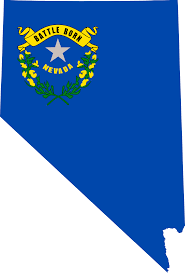 As in all states, Nevada alcohol laws can be confusing. Lawyers spend years of studing law. Laws change. They may not be clear. Sometimes courts re-interpreted them. They may conflict with each other.

Never rely on this site. Nor any other site. The risks are too high. It’s simply not worth the gamble.

So get information and advice about Nevada alcohol laws from an expert. That is a lawyer holding a license in the state. Not doing this could be a big mistake. Don’t be a loser in Nevada.

In addition, the state is a large one. As a result laws vary. Therefore, it’s a good idea to select one in your location. To that end, the state bar of Nevada provides a free search service.

At this point you know more by far about Nevada alcohol laws than most residents of the state. So congratulations!