This page will help you understand North Carolina alcohol laws and avoid expensive fines or even jail. Not to mention time and embarrassment.

North Carolina alcohol laws apply to its residents. But they also apply to its visitors. Its laws differ in some ways from those elsewhere. Also, local alcohol laws vary widely across the state’s counties. Some are dry, some are moist, and some are wet. Laws also differ between cities. It’s wise to know and follow them.

Some young people want to work part-time. Hospitality has many jobs. Some involve alcohol. Youths have questions. What’s the minimum age for serving alcohol in a restaurant? What is it for selling alcohol for consumption off-site? How about for tending bar? Young people have questions. So we have facts for them.

North Carolina’s alcohol laws permit adults to serve alcohol in restaurants. That is, people 18 or over. Or in any other venue for on-site consumption. The same is for tending bar. Those who sell spirits must also be adults. But there’s no minimum legal age law for selling beer or wine in such a venue.

Local alcohol laws are often more restrictive than state law. Some being to the point of prohibition.

The use of a false ID to buy alcohol is a crime. It is also illegal for those under 21 to drive with any alcohol in their blood. The only legal blood alcohol concentration (BAC) for them is 0.00%. North Carolina alcohol laws make no exceptions for consuming alcohol under age 21. So it’s illegal for 20-year-old newlyweds to share a glass of wine at their reception. Nor may a doctor prescribe meds containing alcohol.

It’s also illegal for an adult of 20 to take communion wine. Or wine with Seder. There are no exceptions for religion. This seems to violate freedom of religion. That is a right guaranteed by the US Constitution.

It’s a violation of North Carolina alcohol laws to sell alcohol to anyone under 21. That includes adults 18, 19, and 20. There are no exceptions.

And it’s illegal to sell or serve alcohol to anyone who is intoxicated.

Retailers may sell or serve alcohol between 7 a.m. and 2 a.m. Mondays through Saturdays. They may only sell or serve it after noon on Sundays. However, some counties and towns further restrict Sunday sales.

It’s illegal for anyone under to buy alcohol, or to try to buy it. Helping anyone under 21 obtain alcohol is also illegal. This includes buying or giving them alcohol, or lending an ID so they can buy it. Nor may parents, ministers, doctors give or administer even a tiny amount of alcohol for any reason. Keep in mind that many meds as well as foods contain alcohol.

It’s illegal to possess an unregistered, unlabeled beer keg. The judge sets the amount of the fine and also the jail time. It may be up to 45 days.

Customers may not use federal food assistance (“food stamps”) to buy alcohol.

North Carolina alcohol laws prohibit driving while impaired (DWI). People are driving with impairment if their BAC is 0.08% or higher. With a prior DWI conviction and for commercial drivers, it’s 0.04%. For those under age 21, any measurable alcohol is DWI.

Virtually all other states set DWI for those under at 0.02% or higher. They do this for several reasons. One is that alcohol breath testers are unreliable. In fact, they don’t actually measure BAC. They only estimate it.

A second is that everyone produces alcohol in their bodies 24/7. And they don’t wait until age 21 to do it. Finally, as noted above, many meds and foods contain alcohol. Even bread does. So setting the level at 0.02% reduces the chances of convicting innocent people.

Nevertheless, drivers under 21 with any measurable alcohol are penalized with license suspension. Of course, they may be completely innocent. Yet it’s 30 days for a pretrial period and then for one year after that. The judge decides what other penalties to impose. Typically these are fines, court costs and community service.

In addition, the state may charge drivers with DWI even if their BAC is within the legal range. After all, it simply takes the belief of an officer tat a driver is impaired. Of course, that’s highly subjective.

North Carolina DWI offenses fall into six levels. They increase in severity from Level 5 up to Aggravated Level 1. The judge alone decides into which category a DWI charge falls. Factors may include the BAC level, age, current driving record, demeanor, and other facts.

An ignition interlock device (IID) prevents a vehicle from starting if it detects alcohol in the driver’s breath. North Carolina mandates an IDD for any driver with a BAC of 0.15 or higher. Or for a later offense within seven years.

Then the offender must pay for the installation, maintenance, and monitoring of the IID.

All drivers have a U.S. Constitutional right to decline submitting to a chemical test. However, North Carolina punishes those who use their right. They receive license suspension for one year and 30 days. That is, the the suspension is one year longer than if the person plead guilty to DWI.

However, there is no legal penalty for refusing to take a field sobriety test. The scoring are highly subjective and they are highly unreliable. For example, about one-third of completely sober people fail to pass them. That is, about one in three people with zero alcohol (BAC 0.00%) can’t pass.

For that reason, lawyers strongly urge drivers never to take one. Police often insist that the law requires it. But no law in any state does.

A traffic stop for suspected DWI is a criminal investigation.  Therefore, it’s completely legal for an officer to lie to a suspect. So if you are a suspect in a DWI, the officer is never your friend or ally.

It’s smart not to drink and drive. At best, a DWI can cost thousands of dollars, eliminate personal freedom, and damage a good reputation. At worst, it cause serious injury or even death.

Boaters are guilty of BUI if they operate a vessel under the influence of an impairing substance. Or if they have a BAC of 0.08% or higher “at any relevant time after boating.”

Offenses depend on the offender’s criminal history and the judge. However the typical penalty for a BUI is jail up to 60 days and a fine of $250 to $1,000. Additionally, there are increasing penalties for certain BUI offenses.

Serious Injury by Impaired Boating. If a BUI offender causes a serious injury, the penalty is ten to 41 months in prison. Judges can also impose fines.

Aggravated Serious Injury by Impaired Boating. This occurs if a BUI offender has had a BUI conviction within the previous seven years and causes serious injury. The penalty is prison for 38 to 160 months. Again, judges can also impose fines.

Death by Impaired Boating. If a BUI offender causes a death, the penalty is 38 to 160 months in prison. Judges can also impose fines.

Aggravated Death by Impaired Boating. This is when a BUI offender had a BUI conviction in the previous seven years and causes causes a death. The penalty is prison for 38 to 160 months. Judges also can impose fines. 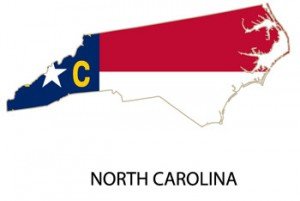 North Carolina alcohol laws may change. Courts may change their legal interpretations. Laws may conflict with each other. Of course, they can be very complex. In fact, lawyers spend years in law school.

Do not rely on this site. Nor on any other. Also beware of advice from family and friends. And of neighbors, co-workers, and others eager to help. Smile, thank them, and then ignore their ideas. Specifically, their advice is worth what you paid for it. In other words, nothing.

Laws are not a DIY project. So get advice about North Carolina alcohol laws from an expert on the subject. That is a lawyer with a license in the state.