Traditionally, an open house party has been a party scheduled for a period of hours. It could be for an entire day. It has no set time of arrival or departure. Guests do not typically stay for the entire period of the open house party.

Real estate agents often use open house parties as a marketing strategy to sell houses. They attract many potential buyers to view the property easily within a short period of time.

More recently, open house parties often refer to one at which young persons drink alcohol. They might also take illegal drugs. Such open house parties have become popular. The problems that they sometimes cause has led some states to pass legislation outlawing them. 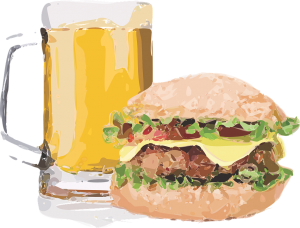 For example, Florida law addresses the matter. No one who has control of a residence “shall allow an open house party to take place” if  any minors possess alcohol or drugs. The person must “take reasonable steps to prevent the possession or consumption of the alcoholic beverage or drug.”

A violations is punishable as a second degree misdemeanor.

Similarly, Alabama law on open house parties addresses the matter. It states that no adult having control of a residence  “shall allow the open house party to continue if all of the following occur.”

(1) Alcoholic beverages or controlled substances are illegally possessed or illegally consumed at the residence by a person under the age of 21.

(2) The adult knows that an alcoholic beverage or controlled substance is in the illegal possession of or is being illegally consumed by a person under the age of 21 at the residence.

(3) The adult fails to take reasonable action to prevent illegal possession or illegal consumption of the alcoholic beverage or controlled substance. (Alabama defines “reasonable action” as “ejecting a person from a residence or requesting law enforcement officials to eject a person from a residence.” Ironically, the law requires that potentially intoxicated persons be ejected, thereby promoting intoxicated driving or riding with intoxicated drivers.)

A violation of the open house party statute is a Class B misdemeanor.

In California, it’s not illegal for a person under 21 to drink in a private place. (That’s a place not open to the public.) There has been a move to outlaw open house parties in that state.

An ordinance of the city of Frankenmuth, Michigan, prohibits open house parties.

The ordinance defines an adult as “a person 17 years of age or older.” It defines a minor as “a person not legally permitted by reason of age to possess alcoholic beverages.” That is, under age 21. So apparently a person can be both and adult and a minor simultaneously in Frankenmuth.

The ordinance also grants an exception to the prohibition of open house parties. It permits drinking by minors in the presence of their parents. Or in the presence of their legal guardians. ” Or “a person placed in the position of a parent by such parent or legal guardian.” This suggests that parents can legally host an open house party for their own minors and those of other parents or legal guardians who grant them permission to act in loco parentis. That is, in place of the parents.

Such a provision would be highly desirable. Parents could legally host open house parties in which they could monitor drinking. This would ensure safe consumption levels and protect the health and safety of the partygoers.

There is strong evidence that this would be a valuable harm reduction technique. It would reduce alcohol abuse by young people.

Laws and ordinances regulating an open house party can be complex. The Frankenmuth confusion is but one example. In addition to statutory law is case law. That develops on the basis of court interpretations of a statutory law. In addition, law enforcement officers’ interpretations may be incorrect. But defense against an unfounded charge of violating an open house party law is expensive. It is also time consuming and emotionally exhausting.

It can even be worse. A prosecutor charged a woman for having an open house party. But there was no law against having one. She had a jury trial and was innocent of the charge. However, she had tens of thousands of dollars in legal fees.

Consult a lawyer licensed in your state to learn if an open house party is legal where you live.

Remember that law enforcement officers often make mistakes about open house party laws. And elected prosecutors may pursue a case without legal merit. The reasons may range from incompetence to personal advancement. No one deserves to be a victim of “Nifonging.” (See below.)

It can’t hurt to err on the side of caution. Better safe than sorry.

Fix, L. The Beautiful Chaos of Parenting Teens. Navigating the Hardest Years You will ever Love. Nashville: Randall, 2016.

Wingate, M. and Woodward, M. Slow Parenting Teens.  How to Create a Positive, Respectful and Fun Relationship with Your Teenager. Bedford, IN: NorLights, 2012.

Prior, R. Santarelli overcharged. With no felony on books for “open parties,” legislators vote on tougher laws for adults. St. Augustine Record, April 23, 2010.

Wise Geek. What is an open house party? http://www.wisegeek.com/what-is-an-open-house-party.htm

Mike Nifong’s prosecution of three Duke University lacrosse players became persecution after it became apparent that they were innocent.

He withheld evidence that they were innocent.  This was to advance his career.  A judicial panel found that he manipulated the investigation for personal political advantage. He committed “a clear case of intentional prosecutorial misconduct.” It involved “dishonesty, fraud, deceit and misrepresentation.” Nifong is disbarred and can’t practice law.