Orthomolecular treatment is often called megavitamin therapy. It’s based on the belief that insufficient vitamins, minerals and other substances cause diseases . “Ortho” is from the Greek word meaning “correct.” The practitioner tries to determine the exact deficiencies each patient suffers. Hence, they try to give the patient the correct level of nutrients needed. 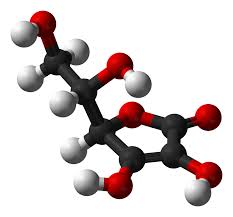 In orthomolecular treatment for alcoholism or other problems, the practitioner gives extremely high doses of the deficiencies diagnosed. This is done over a long period of time. Adherents believe is that if a little is good, then more is better. It’s the exact opposite of homeopathy.

However, a basic principle of pharmacology is that “The dose makes the poison.” All substances, including water, oxygen, and vitamins, can be toxic at levels that are too high. If doses of any vitamin are too high, they become harmful poisons.

Pauling also suggested that megadoses of specific vitamins and minerals might be effective in the treatment of certain mental illnesses. Over time, he expanded the list of diseases he believed could be treated. And he recommended massive doses of an expanding list of vitamins and minerals.

Advocates promote orthomolecular treatment for a number of diseases and conditions.

Is Orthomolecular Treatment for Alcoholism Effective?

Panels of leading scientists have examined the research on various diseases/conditions. They  have found tht the medical evidence fails to support the effectiveness of megavitamin therapy. The U.S. National Library of Medicine does not index the Journal of Orthomolecular Medicine on its MEDLINE system. Quack-watch lists it as a non-recommended journal.

Most commonly used in orthomolecular treatment for alcoholism is niacin. It’s also called nicotinic acid, vitamin B3, and vitamin PP. Niacin megadosing can cause flushing, itching and liver damage. So those who use this therapy should have their liver functioning monitored carefully by a physician. Damage to liver cells and jaundice can occur in less than three months. That’s with intakes as low as 750 mg per day.  Sometimes used is nicotinamide because patients tend to tolerate it better than niacin.. However, it can cause nausea, vomiting, and liver toxicity at doses as low as 3 grams per day.

Alcoholics Anonymous (AA) co-founder Bill Wilson promoted niacin therapy as early as the 1930s. Yet many decades later there is still no scientific evidence that orthomolecular treatment is effective. That is, it’s not effective for treating any condition. But there is much proof that this expensive therapy can cause serious harm.

Hoffer, A. and Saul, A. Orthomolecular Medicine for Everyone. North Bergen, NJ: Basic Health, 2013.