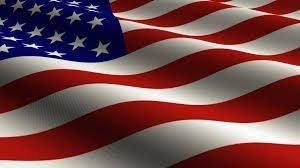 In “The perils of drinking in America,” reporter Simon Calder of the Belfast Telegraph alerts readers traveling to the U.S. what to expect. He explains that the U.S. has created a tangle of confusing laws designed to deter drinking, especially among young people.

For example, 48-year-old Rachel Ally was required to prove she was 21 before being served beer in Florida. Unfortunately, her experience is far from unique.

Grandmother Sonia Smith went shopping in New Mexico with her 35-year-old daughter and two grandchildren. But didn’t have identification papers prove she was 21. “I was refused a bottle of tequila, even though I was 57 at the time. The assistant even refused to let my daughter pay for the bottle, because he said she would give it to me.”

Senior citizen Richard Gilbert was challenged at a store in Georgia. “Among my purchases were two small bottles of Budweiser. I was told that I would have to put the Buds back on the shelf unless I showed a photo ID. Fortunately, I happened to have my Freedom Pass (a free transport ticket for over-60 in London) with me.”

In Illinois, a bald 57-year-old man had to produce evidence that he was 21 years old before being able to order a beer.

In Maryland, Simon Calder was surprised when the waitress in a pizzeria was unwilling to bring the beer he had ordered. It turned out she was under age 21 and therefore not permitted to touch the offending beverage. So he went for the beer himself and then his food arrived. But the law-abiding waitress wasn’t allowed even to move the glass a couple of inches to make room for the large pizza!

It appears that alcoholic beverages are seen as a much greater danger than are firearms in the U.S. Adults age 18, 19 and 20 can’t purchase a drink but than can legally purchase guns.

Resources: Perils of Drinking in America

Wacky U.S. Alcohol Laws That Will Surprise You, Guaranteed!

Weird Alcohol Laws Across the Entire US (Weird Drinking Laws)

Calder, S. The perils of drinking in America. The Belfast Telegraph.