Prohibition in Minnesota was welcomed. The state had a long temperance history. It strongly supported National Prohibition (1920-1933) when it began.

The National Prohibition Act of 1919 is usually called the Volstead Act. That recognizes Minnesotan Andrew Volstead. It was Volstead who introduced the legislation and oversaw its successful passage through Congress. The Volstead Act was important because it was the enabling legislation for the enforcement Prohibition. The Noble Experiment existed between 1920 and 1933.

Volstead was born in Kenyon and went to St. Olaf College. He became mayor of Granite Falls. Then he served in the House of Representatives from 1903 until 1923. He lost the race for re-election. After that he was legal advisor to the national Prohibition Bureau. Following Repeal, he returned to Granite Falls, where he lived the rest of his life.

Minnesotans had generally supported Prohibition. They expected it to reduce crime, improve health, and raise morality. They thought it would promote prosperity, reduce violence, and protect young people. As events would soon prove, it did none of these things. It actually created more problems.

Many Minnesotans believed they had a right to drink. The law made them criminals for doing so. To meet the demand for alcohol, moonshiners and bootleggers quickly became active. Conflicts among these illegal suppliers were often vicious. Conflicts between them and law enforcers were sometimes violent — even deadly. After all, untaxed fortunes were at stake.

Moonshiners made their product quickly and carelessly. It often contained toxic lead compounds, creosote and even embalming fluid. Consumers sometimes suffered paralysis, blindness or even death.

Illegal producers and sellers routinely bribed law enforcement officers and other officials. It was a cost of doing business.

But the public saw it as corrupt immorality. It led to a decreasing respect for both Prohibition and law in general

Prohibition changed drinking patterns for the worse. It became fashionable for women and young people and women to drink. Over-consuming was one way of expressing contempt for the law. 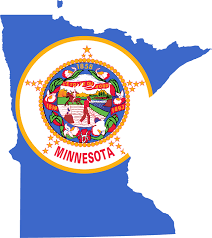 Prohibition also promoted a pattern of less frequent but heavier drinking. People didn’t go to a speakeasy for a leisurely drink. They went to guzzle alcohol while they could.

Prohibition not only failed but was counterproductive. So  over 65% of voters in the state called for Repeal.

IV. Resources for Prohibition in Minnesota

Meyer, S. We are What we Drink: the Temperance Battle in Minnesota.  Urbana: U Illinois Press, 2015.