The most obvious prohibition laws and repeal laws relate to National Prohibition (1920-1933). They are the 18th Amendment establishing it and the 21st Amendment repealing it.

However, there are many more prohibition and repeal laws. Some are federal and others are state laws.

The 18th Amendment had only 111 words. Once it was ratified, the third section, setting a time limit for ratification, was irrelevant. The remaining two sections had only 61 words.

Section 1. After one year from the ratification of this article the manufacture, sale, or transportation of intoxicating liquors within, the importation thereof into, or the exportation thereof from the United States and all territory subject to the jurisdiction thereof for beverage purposes is hereby prohibited.

Section 2. The Congress and the several States shall have concurrent power to enforce this article by appropriate legislation.

Section 3. This article shall be inoperative unless it shall have been ratified as an amendment to the Constitution by the legislatures of the several States, as provided in the Constitution, within seven years from the date of the submission hereof to the States by the Congress.

To answer these and all other questions, Congress passed the National Prohibition Act of 1919. It’s usually called the Volstead Act after Andrew Volstead.

To explain the meaning of these 61 words, the Volstead Act used over 25 pages with many thousands of words. But it was still confusing and contradictory. It would take years of court cases to provide additional clarification.

The 18th Amendment prohibited selling alcohol. However, it didn’t prohibit people from buying or drinking it. And people could legally by it with a doctor’s prescription. In addition, they use it for legitimate religious purposes and for industrial and scientific purposes. Of course, that raised more questions. What, for example, was a legitimate religious purpose. And the questions continued.

The Volstead Act surprised many of its supporters. Large numbers of beer and wine drinkers had supported the 18th Amendment. They had done so on the false assumption that ‘intoxicating liquors’ would apply only to distilled spirits.

Although the Act is known as the Volstead Act, Wayne Wheeler of the Anti-Saloon League actually drafted it. That may help explain the law’s very strict nature. Andrew Volstead chaired the Senate Judiciary Committee, sponsored the bill, and guided it through Congress. Ironically, Andrew Volstead privately drank alcohol. But that’s more appropriate for Hypocrisy During Prohibition.

The Increased Penalties Act (commonly known as the Jones Law) turned most violations of the Volstead act, which had been misdemeanors, into felonies. Even seeing a violation of the law and failing to report it became a felony. And courts could punish violators with a three year prison term. Many saw the Jones Law as ‘a vehicle built for punishment, and so severe it seemed powered by vengeance.’ 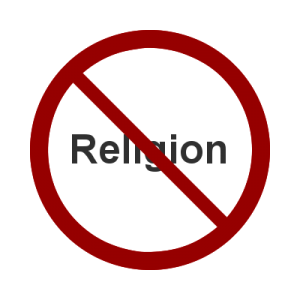 Indiana’s bone-dry law greatly increased punishments. It also completely prohibited the use of alcohol for any reason. That included both medicinal and sacramental purposes.

Oklahoma’s bone-dry law included a prohibition against the consumption of alcohol for any religious purposes. Violations had a very heavy penalty, including imprisonment. The Roman Catholic Church challenged that prohibition. However, the law was in effect until the state repealed prohibition in 1959.

Indiana passed the Wright Bone Dry Bill in 1925. It greatly increased penalties for possessing bootleg alcohol. The bill was ‘one of the most repressive’ laws ever passed in the state. But bootlegging continued.

Many other states passed bone-dry laws in futile efforts to enforce Prohibition.

An opponent who campaigned on a promise to enforce Prohibition vigorously defeated Smith the next year. He abolished the Walker-Gillette Act and then sponsored the bone-dry Mullan-Gage Act. It empowered law enforcement officers to search for alcohol wherever they wanted without probable cause or a search warrant. Voters re-elected Smith the following year. He signed into law the Culliver Act to replace Mullan-Gage.

The Blaine Act began the process that led to the repeal of National Prohibition. It was officially titled the ‘Joint Resolution proposing an amendment to the Constitution of the United States.’ The Blaine Act permitted states to form conventions that could ratify the proposed repeal amendment.

The Cullen-Harrison Act was passed before Prohibition of alcohol was repealed in the U.S. People widely believed that ratifying the proposed 21st Amendment to repeal National Prohibition might take years. However, there was strong popular support to permit the consumption of beverages with a low alcoholic content even sooner. Prohibition was creating serious problems and many people strongly opposed it. People also thought that producing beer would immediately increase employment during the Depression. And, of course, it would generate tax revenue.

The President said passing the law was ‘of the highest importance.’ Congress acted quickly. The President signed the Cullen-Harrison Act into law on March 22, 1933. It became effective on April 7, 1933. April 7 is now National Beer Day.

Ratifying the 21st Amendment took only ten months. States ratified it on December 5, 1933. The Amendment is even shorter than the one it repealed.

Section 1.
The eighteenth article of amendment to the Constitution of the United States is hereby repealed.

Section 2.
The transportation or importation into any state, territory, or possession of the United States for delivery or use therein of intoxicating liquors, in violation of the laws thereof, is hereby prohibited.

Section 3.
This article shall be inoperative unless it shall have been ratified as an amendment to the Constitution by conventions in the several states, as provided in the Constitution, within seven years from the date of the submission hereof to the states by the Congress.

The 18th Amendment is the only one ever repealed.

In 1802 Native American Chief Little Turtle and a group of Quakers were concerned about alcohol abuse. At their request Congress authorized the President ‘to take such measures from time to time as may appear to him expedient to prevent or restrain the vending or distribution of spiritous liquors among all or any of the said Indian Tribes.’

The 1802 law was inadequate. So Congress passed an “Act to regulate trade and intercourse with the Indian tribes, and to preserve peace on the frontiers.” It provided a penalty of $500 for anyone who “shall sell, exchange, or give, barter, or dispose of, any spirituous liquor or wine to an Indian, (in Indian country).” $500 was a fortune in 1834.

Maine created what is called the Fifteen Gallon Law. The goal was to reduce the availability of spirits. It did so by forcing people buy a very large amount.

Maine passed the first state-wide prohibition against the production and sale of alcohol. It’s commonly called the Maine Law.

Kansas became the first state to have a constitutional amendment for state-wide prohibition.

Before the passage of the Wilson Act in 1890, the U.S. Supreme Court had held that a state could only prevent the importation of products under one condition. Specifically, if they were “intrinsically not merchantable.” Examples would rotting meat or disease-infected products or that were not legitimate articles of commerce.

The goal of the Wilson Act was to permit states to prohibit importation of alcohol. However, it permitted the state to control the sale of imported alcohol only under one condition. That is, when the state control is a police measure. It made a number of other restrictions. And the Supreme Court held that a state could not prevent its inhabitants from importing alcohol for their own consumption. That law is still in force.

The Webb-Kenyon Act was passed in 1913. The law was to support state-wide prohibition against alcohol. Specifically, it prohibited interstate “shipment or transportation” of alcoholic beverages “in violation of any law of [any] State, Territory, or District of the United States.’ Thus, it eliminated loopholes of the Wilson Act.

No discussion of prohibition laws would be complete without commenting on blue laws.

Blue laws were designed to require people to attend church. But they also often prohibited people from working, traveling, and playing games or sports. Also illegal were cooking, shaving, cutting hair, and wearing either lace or precious metals. In addition, sweeping, making beds, kissing, and engaging in sexual intercourse. Virginia enacted the first blue law in the American colonies in 1617.

Today, an alcohol blue law is one restricting alcohol sales on Sundays. Some blue laws prohibit sales for the entire day. Others prohibit sales before noon. That’s when most church services occur. Therefore, the intent is clear.

There are still hundreds of dry counties in the U.S today.

Prohibition laws and prohibition repeal laws reflect the changing beliefs of the American public. They also reflect the changing passions. There were many decades during which time people did not discuss the subject of temperance in polite society. That’s because it was simply too emotional. It would have been like discussing politics or religion at a large Thanksgiving dinner.