Prohibition of alcohol and Repeal is a fascinating story. How did National Prohibition (1920-1933) come to be? What was it like? How did it change American society? In what ways does it effect life even today?  It’s a story of unusual ideas, fascinating characters, surprising events, and unexpected outcomes. So here are Prohibition and Repeal resources.

From strongholds of temperance sentiment to widespread disregard for the law, the states responded to National Prohibition and repeal in different ways.

Do you know the difference between a “blind pig” and a “clip joint?” And just who is John Barleycorn anyway? Find out!

An illustration from Klansmen: Guardians of Liberty, 1926.

Medicinal Alcohol form, an official government document from the 1920’s 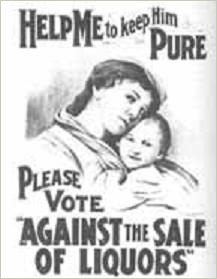 “Save A Little Dram For Me,” a song from United States prohibition era, 1922

These other resources also focus on the National Prohibition of alcohol and Repeal.

Repeal Leaders of the U.S.